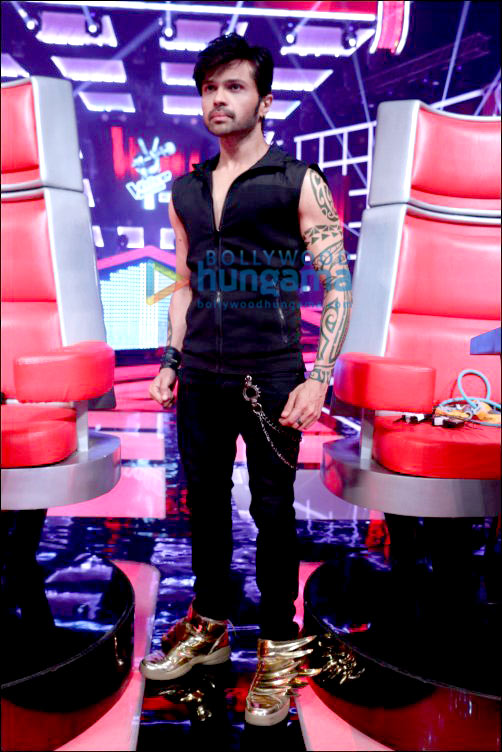 Readers may be well aware that music composer, singer turned actor Himesh Reshammiya is undergoing an image makeover for his upcoming films Guns N Roses and Essel Vision's Heeriye. While the actor is working on his physique, he is also preparing to be a part of the reality show 'The Voice'.


Recently, when Himesh was spotted on the sets of the reality show, his new look grabbed eyeballs. The singer-actor was seen in all black avatar sporting a huge tattoo on his left arm and golden shoes. From what we hear, Himesh has been regularly hitting the gym to get a toned physique for his upcoming projects.


On the other hand, Himesh shot for his introductory performance on the show which will be a medley of some of his super hit songs from the film The Xpose and will also include the popular track 'Jumme Ki Raat' (Kick).

Neha Kakkar and Himesh Reshammiya get…

Indian Idol 12 to begin on THIS date, meet…

Indian Idol 12 gives a glimpse of its…