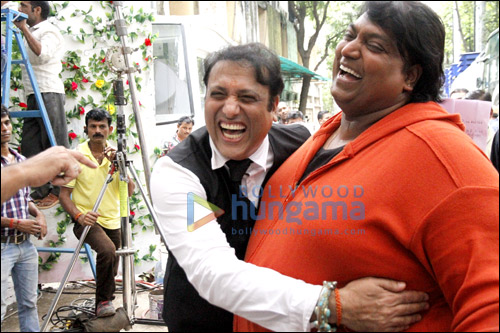 Famous choreographer Ganesh Acharya may have made many actors dance to his tunes but now, he has decided to venture into production too. The choreographer has also acted in films like ABCD but now he will be seen playing the lead in his upcoming production Hey Bro.

We also hear that, Ganesh Acharya has roped in good friend Govinda for the film. Govinda will be seen making a special appearance in his film. In fact, the two of them will be sharing screen space in the film and Govinda has already shot for the same. "It wasn't difficult for Ganeshji to convince him for the scene as they share a very special bond in real life," revealed a source close from the production team.

Also, Govinda plays a drunkard on the street. "He pulled off the drunkard scene very easily as we all know what a wonderful actor he is!" added the source.

In the past Ganesh has made Govinda dance to a number of his hits in films like Coolie No 1 and Haseena Maan Jayegi.