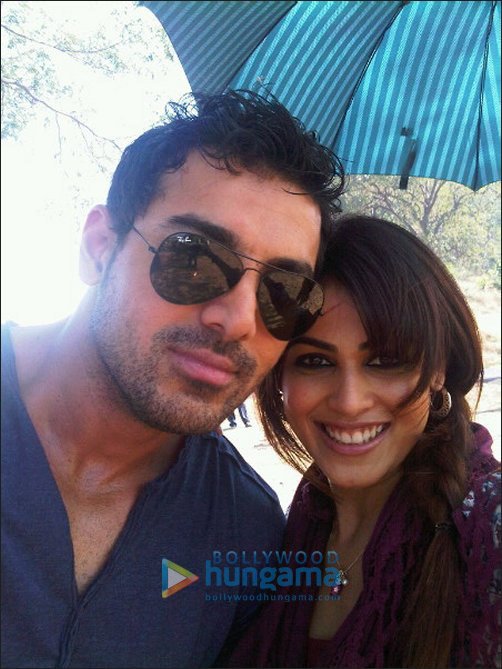 The bubbly-cious Genelia D'Souza is back in action. The actress recently signed the Hindi remake of the Tamil hit film Kaakha Kaakha. This is one film that has been in the news for quite sometime now as it will be an out and out masala action film. Produced by Vipul Shah, the film stars John Abraham in lead role and is directed by Nishikant Kamat.

Genelia tweeted her pic with John from the sets of the film saying, "On my way 2 Malshet Ghat, shooting for Vipul Shahs film with John. So, excited to join the team, will try n post some pics".

Looking forward to that Genelia...