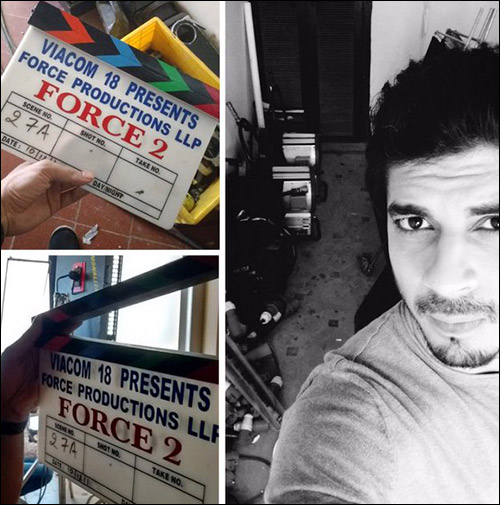 After the success of Force, the makers decided to go in for a sequel to the action thriller, once again with John Abraham playing the protagonist. And now, we hear that the film after wrapping up its hectic first schedule, is gearing for a second one.


Soon after the announcement of a second installment, the rest of the cast which includes Sonakshi Sinha and Tahir Raj Bhasin of Mardaani fame were finalized for Force 2 and the cast moved abroad to commence the first schedule. However, an untimely injury of John Abraham caused a few delays but now that all is well for the actor, the cast is gearing up for a second schedule. Tahir took to Twitter to post an image as they kick started the schedule saying, "Lock and load! #Force2 second schedule starts today. back in the action. @TheJohnAbraham @sonakshisinha". Sonakshi Sinha too retweeted the same saying, "Can't wait to be back on set!!!"


Force 2 is directed by Abhinay Deo and produced by Vipul Shah. The first installment of Force was a remake of the Tamil blockbuster Kakka Kakka starring Surya and Jyothika. However, the second installment is supposedly an original script.