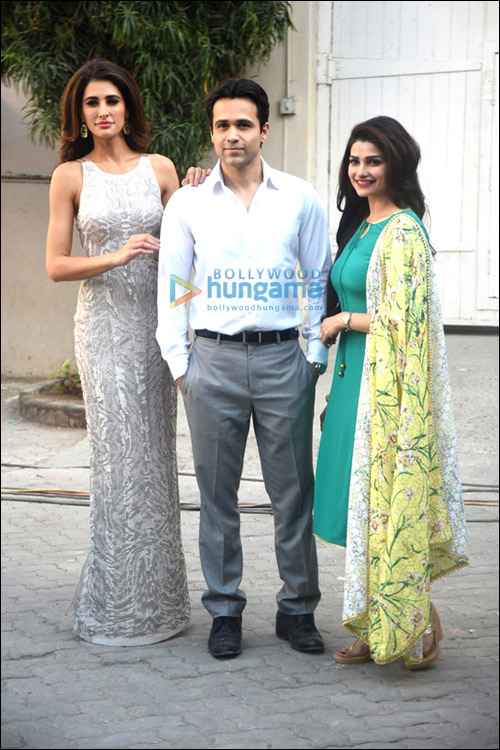 We have time and again received several glimpses of Emraan Hashmi as the former Indian captain Mohammad Azharuddin in the cricketer's biopic. And here is yet another glimpse of the women in Azhar's life.


Recently, during an ongoing shoot schedule at a studio in Mumbai, all the actors looked equally comfortable in the character attires that they will be portraying on screen. And we got a glimpse of the trio for the first time together. For the uninitiated, Prachi Desai plays the role of Azhar's first wife Naureen with whom Azharuddin also has two kids in real life. On the other hand, the cricketer had fallen in love with the 90s diva Sangeeta Bijlani, a popular Bollywood actress and Salman Khan's former girlfriend, the role will be portrayed by Nargis Fakhri in the biopic.


Directed by Anthony D'Souza, several shots of Azhar have been shot at real locations and the cricketer himself has been actively involved in the film and has provided lots of inputs and anecdotes from his life. The film, that traces the professional as well as personal journey of Azhar, is produced by Balaji Motion Pictures in association with MSM Motion Pictures and is slated to release on May 13.