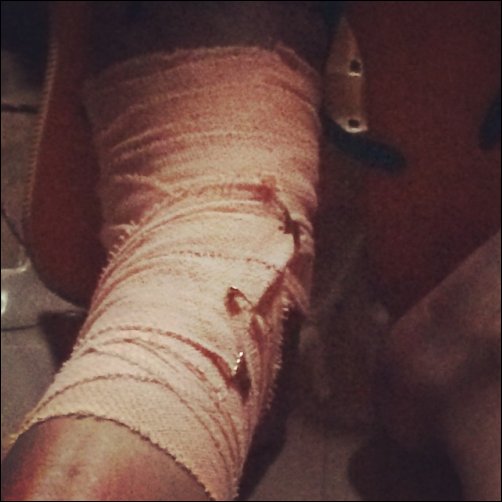 Bipasha Basu seems to be in love with the horror genre. From Raaz to Raaz 3 and the recent thriller Creature 3D, the actress has done many horror films and the next one in the pipeline is Alone, which is directed by Bhushan Patel of Ragini MMS 2 fame. The film has already gone on floors but the shooting seems to have suffered a little setback due to Bipasha Basu.

The actress was injured on the sets and ended with a swollen ankle on the sets of the film. However, in order to avoid any kind of disruption, Bipasha Basu decided to continue the shoot. Posting a picture on Instagram, the actress also spoke about it saying, "Ankle swollen ! On #alone set!Climax shoot going on and me in pain:( Don't like!"

Alone also marks the debut of popular TV actor Karan Singh Grover and is produced by Kumar Mangat Pathak, Abhishek Pathak and Pradeep Agarwal. The film is slated to release on January 16, 2015.