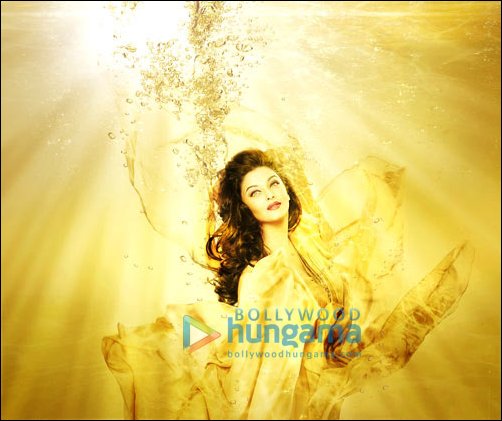 Aishwarya Rai Bachchan over the last two weeks has been shooting for a print and TV campaign for a leading South jewellery brand across various locations in Mumbai. This shoot comes almost a year after the last commercial she shot when she was six months pregnant. It was also a nostalgic moment when she shot with ace cameraman Kiran Deohans for the TV commercial, incidentally when she came back to shoot after her engagement and her marriage, it was Kiran who shot her and now again after the birth of her daughter Aaradhya.

Commenting on this Kiran Deohans said, â€œI have got the pleasure of working with Aishwarya on Jodhaa Akbar. Coming back from her post delivery months and shooting for this commercial, sheâ€™s still the same. Even after becoming a mother, sheâ€™s a true professional and has the same passion when it comes to her work. I have seen her working here then and now. She is bang on since Jodhaa Akbar days.â€

Shrikumar, who shot the commercial said, "This is the first time that I am shooting an ad with Aishwarya. What impressed me about her was her passion for detailing. There were a few under water shots as well. For me, it has been the most memorable experience shooting with her".

The concept of this picture is "bathe in gold"- it's a teaser campaign before the launch of the brand in any city. Its shows Aishwarya in golden hues with golden waters around her