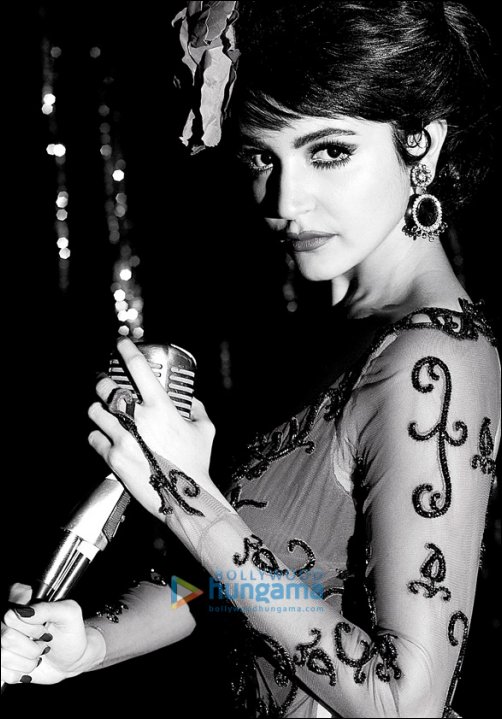 In the film, Anushka plays the character of Rosie, a prized singer of the Bombay Velvet Club and has been paired opposite Ranbir Kapoor who plays the role of the angry young man Johnny Balraj. Bombay Velvet that is set to release on May 15, is a romantic thriller set in the 60's. Rosie is Johnny's soul-mate, a love that blossoms in the underbelly of the city that was set to become the Manhattan of India.

The film itself revolves around the character of Johnny, who desires to be a Big Shot in life and falls head-over-heels in love with Rosie. Produced by Phantom in association with Fox Star Studios, Bombay Velvet is slated to release on May 15.