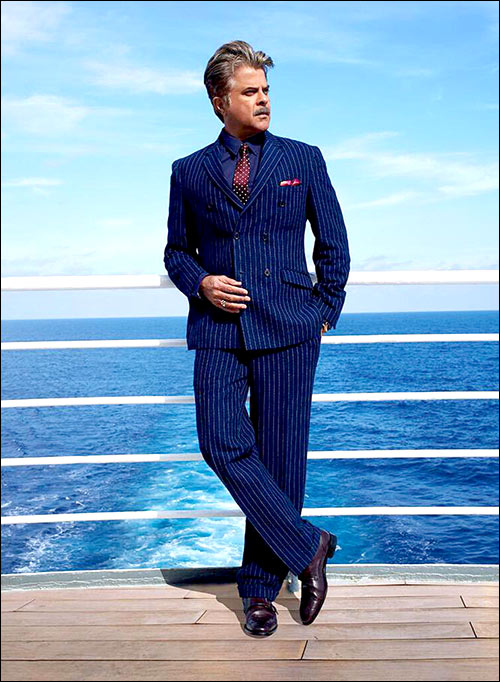 He has a daughter who is a renowned fashionista of Bollywood yet his age never reflects in his young and evergreen charm. The stylish Anil Kapoor, however, has decided to try something off his comfort zone in Zoya Akhtar's upcoming film Dil Dhadakne Do.

Now posting a picture of Anil Kapoor's suave avatar in the film, Atul Kasbekar revealed the look of the actor in this family drama. Anil is seen sporting a well fit pinstriped blue suit and red tie and pocket square, the actor carries the 'salt pepper' look with panache.

Dil Dhadakne Do is a film that revolves around a dysfunctional family and has an ensemble cast that includes Priyanka Chopra, Ranveer Singh, Anushka Sharma, Farhan Akhtar among others along with Rahul Bose and Shefali Shah. Produced by Excel Entertainment, the film is slated to release on June 5, 2015.