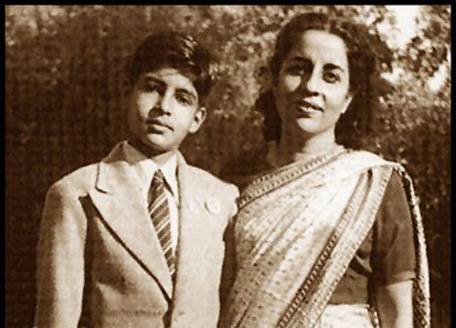 Amitabh Bachchan has always followed a different path and has gained the kind of stardom that many envy. But the actor has always maintained that he would dedicate as much time and energy in the social causes he believes in.

Recently, the actor has extended his support to the initiative Worldoo.com which promises to bring together the world of parents and children together by providing education and entertainment under the same roof. However, while promoting the campaign, it seems Amitabh Bachchan reminisced about his golden days of childhood and posted a very old picture of him as a young boy posing with his mother. Amitabh has always been very fond of his mother and has expressed his respect towards her at many occasions and this time around too, the actor spoke about the importance of parents and family in his post, saying, "When you have your parents by your side, they remain on your side ..What they (Worl)doo for you is timeless .."