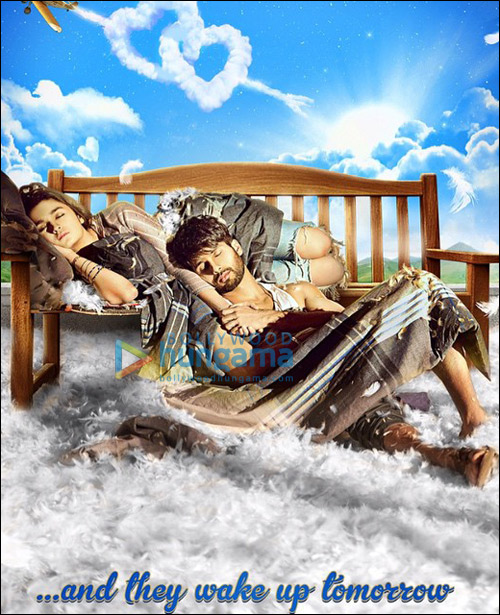 Fans are eagerly awaiting the release of Shaandaar starring Shahid Kapoor and Alia Bhatt, which apparently deals with destination weddings. While this will be the first film of Alia Bhatt and Shahid Kapoor together, the actress recently took to Instagram to give a glimpse of the film.


Alia Bhatt shared this adorable teaser poster featuring her and Shahid Kapoor and the image has a tagline saying, 'and they wake up tomorrow'. The actress also captioned the image on the social networking site saying, "DND till Tomorrow ;) #ShaandaarFirstLookTom #nofilter @shahidkapoor"


Produced by Dharma and Phantom Productions, Shaandaar is slated to release on October 22.