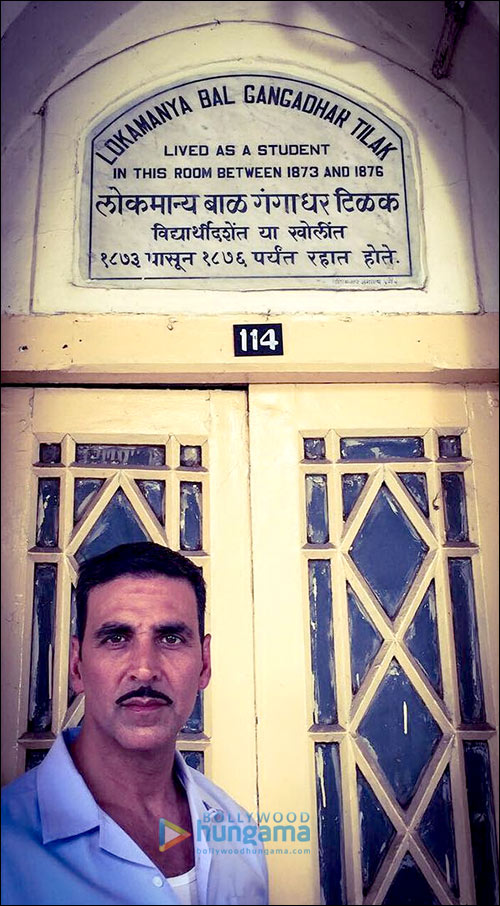 Akshay Kumar is certainly one of the busiest actors in the industry. With multiple projects on hand, the actor has been shooting continuously for one film after another. But despite the hectic schedules Akshay Kumar adheres to, the actor manages to take some time out every now and then to connect with his fans on social media platforms.


Currently shooting for his next venture Rustom that features him playing an Indian Naval Officer, Akshay visited the student residence of Lokmanya Tilak. Posting an image of the same on his Instagram profile, Akshay added, "Revisiting history while shooting for #Rustom! Standing outside the room where the great nationalist, Lokmanya Tilak lived as a student."


As for the film Rustom, though not much is known about the story, rumour is that the film which featured the tag line of '3 shots that shocked the nation' resembles the K M Nanavati case which had created headlines ages back.


Produced by Zee Studios and Kriarj Entertainment in association with Plan C Studios and Cape of Good Films, Rustom which also stars Ileana D'Souza and Esha Gupta releases on the long weekend of August 12.