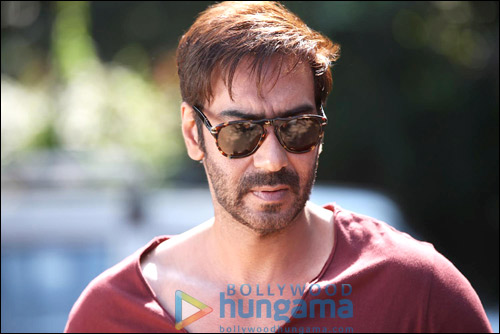 Seems like the makers of Action Jackson definitely know how to surprise to their audiences. After revealing the action packed trailer, they released two peppy and entertaining tracks. Now the makers have released a sneak peak of Ajay Devgnâ€™s look in the film.

In fact the actor will be seen sporting three looks which are quite distinct from each other. While the first look will feature the actor with a stubble that has been termed as the 'Naughtily Good' look, the second look with Ajay sporting a blue floral shirt will see him in a shaven avatar with just his mustache called the 'Romantically Good' look. As for the third look, Ajay will be seen sporting a French beard and the look is called â€˜Criminally Goodâ€™. Interestingly the said looks have been conceptualized by director Prabhu Dheva and Shiraz Ahmed the writer of the film.