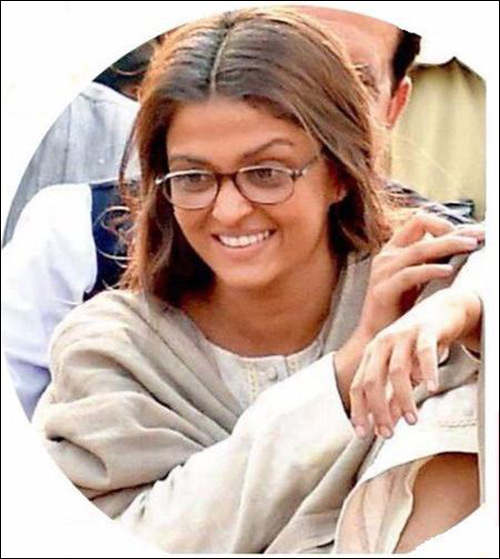 After Jazbaa, Aishwarya Rai is all set to rule the silverscreen once again in a meaty role with Sarbjit, based on real life Pakistani prisoner Sarabjit Singh. The actress who will play Sarabjit's sister Dalbir Kaur, kick started the shoot for the film in Punjab and has now moved to the capital Delhi.

Recently, a picture of Aishwarya Rai from the sets of the film has gone viral on the web. The said scene, which was shot at the renowned Red Fort, has Aishwarya sporting the look of the older version of Dalbir. Wrinkled face, spectacles, the salwar kameez and de-glam avatar added to the authenticity of the character. Sarbjit will re-tell the tragic story of Pakistani prisoner Sarabjit Singh from his sister Dalbir Kaur's viewpoint.

Starring Randeep Hooda, Richa Chadda, Darshan Kumar in prominent roles, Sarbjit is directed by Omung Kumar and is produced by Pooja Entertainment and T-Series. The film is slated to release on May 19.