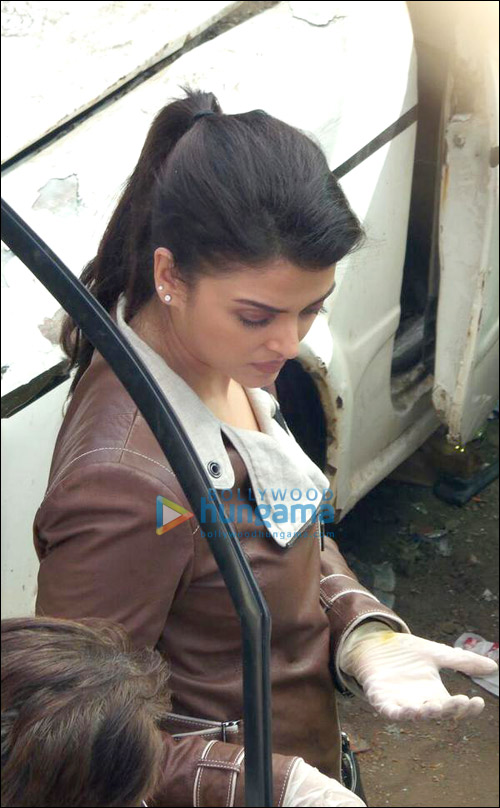 Unlike her previous films, Jazbaa, the comeback film of former beauty queen Aishwarya Rai Bachchan plans to reveal yet another phase of the actress' image. The film, which will have the yummy mummy doing some high octane action sequences, has gone on floors in Mumbai and the actress was recently spotted shooting for the film.


Aishwarya Rai Bachchan was seen in a western look with gloves in her hands, trying to find something in a garage located in Mumbai. Aishwarya will be seen playing a lawyer in the film and from the location, we gauge that the actress was probably looking for a piece of evidence for the case she will be investigating in the film.


A few days ago, after their script reading session, Aishwarya was spotted in a popular pub in Mumbai with co-star Irrfan Khan, shooting for the film where she was seen in an all black avatar.