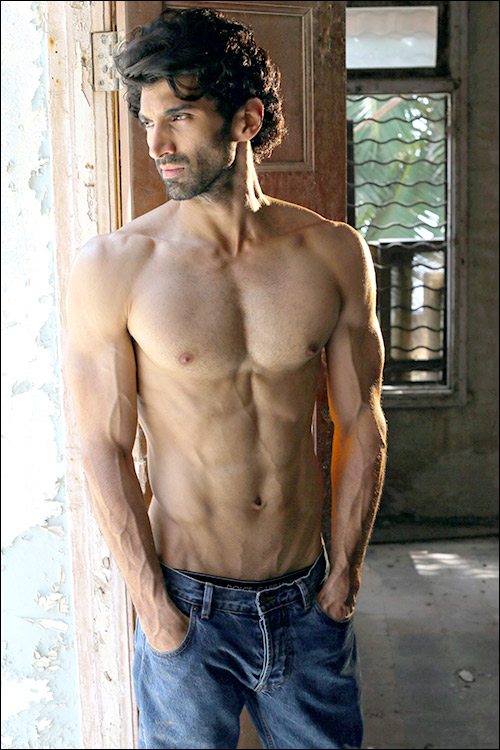 Aditya Roy Kapur may be away from the silver screen in 2015 but the actor has been giving it all for his upcoming release Fitoor. The actor has also undergone physical training for the film and recently we got a glimpse of the same.


A picture of Aditya Roy Kapur flaunting his chiseled body has gone viral on social media and fans have been going gaga over his new avatar on Twitter. A source elaborated on this changed look of the actor saying, "Aditya has always had an athletic physique, but for Fitoor, that stars Katrina Kaif - he decided to take up body sculpting to develop a completely different look from what has been seen of him before". Body sculpting or core conditioning is a non-aerobic, muscle-toning regimen that usually focuses on one's core strength. "It is a technique that is used to shape the muscles in one's body to perfection without bulking it up in any way," added the source.


Talking about his new avatar, Aditya said, "What I love, as an actor, is the endeavour to adapt yourself to the character that you are playing. For this one, my director had a vision for me, and it meant I had to drop more weight to look a certain way. I guess if you change the way you look then you change the way you feel too. The process was gruelling, but it taught me a lot about myself."


The actor will be seen in the role of the painter named Noor for his next and Katrina Kaif, as Firdaus will be his muse along with Tabu in the role of an old begum. The film is an Indian adaptation of the Charles Dickens novel 'Great Expectations' that will retell the love story of Pip and Estella. Further elaborating on the chemistry of the two leading actors, the source said, "They both are looking good in the film and share a sizzling chemistry, as seen in the aamsutra ads".


Directed by Abhishek Kapoor and produced by UTV Disney, Fitoor is slated to release on February 12, 2016.