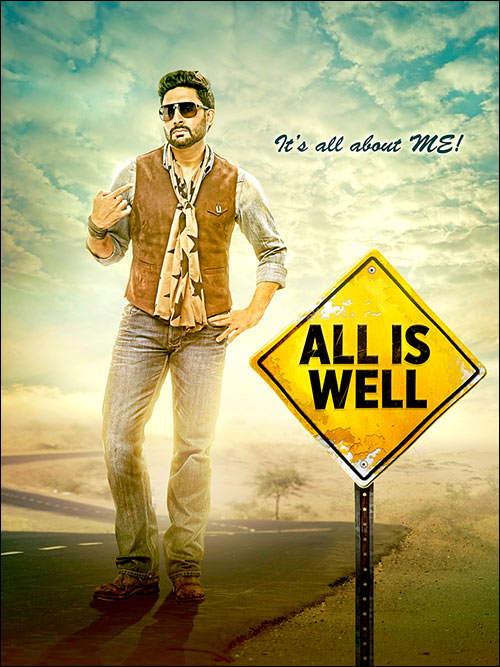 After much delay, Umesh Shukla's All Is Well is soon set to hit the silver screen. Earlier, we had given a glimpse of Rishi Kapoor and Abhishek Bachchan in one of the posters of the film. Now yet again, we see a suave avatar of Junior Bachchan in this first look poster of the film.

Titled as 'It's All About Me', Abhishek Bachchan is seen in a stylish avatar, sporting a stubble, casual attire accessorized with a scarf. The film has faced many obstacles including the sudden exit of Smriti Irani due to her political commitments, who was later replaced by famous actress Supriya Pathak. The film has Abhishek playing a son to Rishi Kapoor.

Produced by Bhushan Kumar, Krishan Kumar, Vaarun Bajaj and directed by Umesh Shukla, All Is Well stars Asin as the leading lady. The film is slated to release on August 21.

Tags : Abhishek Bachchan, All Is Well, Check out