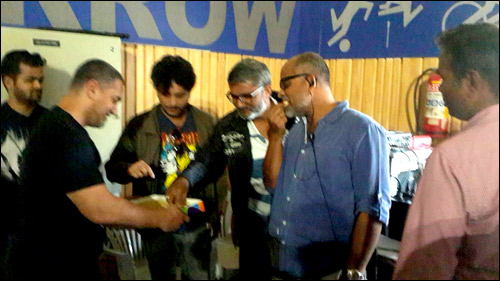 By now, most of them would be aware that our superstar Aamir Khan is busy with the biopic on Mahavir Phogat, titled Dangal. The actor, who was recently trapped into a controversy owing to a statement that he made publicly, has resumed the shoot of the film in Pune where he heard about the birth of Adira.

Aamir Khan who joined the cast and crew of Dangal, a week ago, decided to celebrate the special occasion of his best friend Rani Mukerji and Aditya Chopra turning parents and distributed sweets to the entire crew on the sets of the film. The actor's spokesperson confirmed the news and added, "Aamir was thrilled on learning about Adira. He immediately got into celebration mode and also treated the crew with sweets."

Aamir's friendship with Rani Mukherjee goes back a long way as they've worked together in movies like Ghulam, Talaash, Mangal Pandey among others.