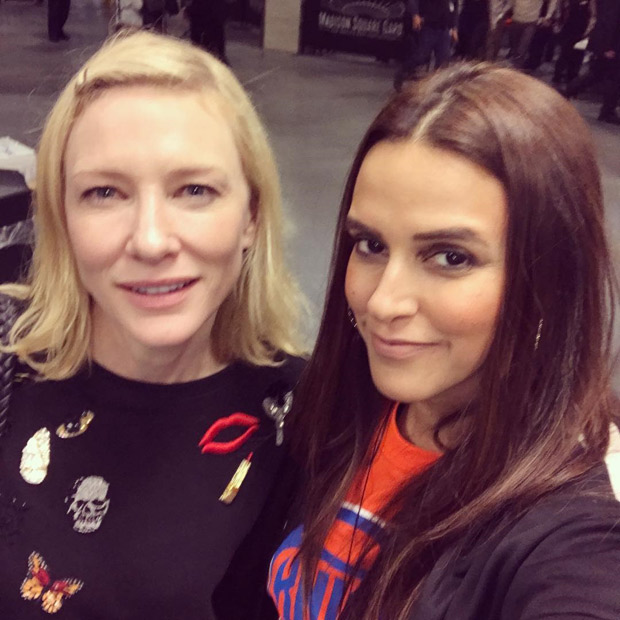 It has only been a few days when Neha Dhupia returned to Mumbai from New York City after spending New Year's Eve in style. Neha along with Karan Johar and few other friends began New Year celebrations together away from the Mumbai city.

While returning, Neha Dhupia bumped into one of the leading ladies of Hollywood Cate Blanchett. Neha had once said that if she ever got a chance to raid a celebrity closet, it'd be of Cate Blanchett. Sharing a selfie with the two-time Oscar-winning actress Cate Blanchett, she wrote, "That's it ... I'm done! I could die and go to heaven now!!!! #cateblanchett you beauty! #newyorkdiaries #thisiswhyweplay."

On the work front, Neha Dhupia hosts her own show No Filter Neha and is a judge on reality show Roadies.