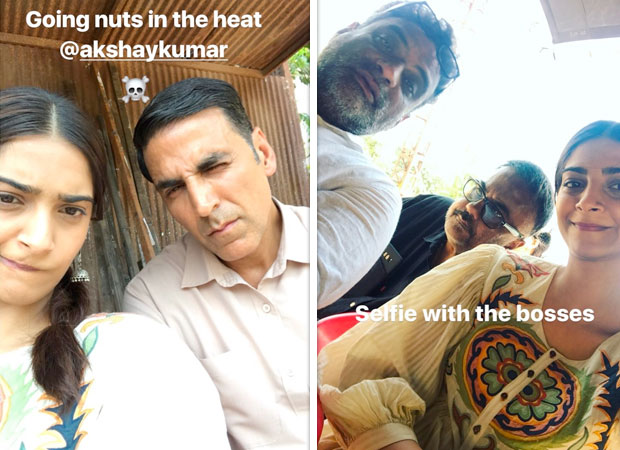 Both of them returned to the sets of their upcoming film PadMan after receiving their awards. Currently, the cast and crew are shooting at Manori Island in northern Mumbai. As Sonam Kapoor is pretty social media friendly person, she loves to give a glimpse of her life to her fans. She shared some goofy pictures with Akshay Kumar and her director R Balki from the sets of the film. Shooting in this hot weather, the actors have been working really hard for this film.

Directed by R Balki and produced by Twinkle Khanna, PadMan inspired from the real-life story of a social entrepreneur, Arunachalam Muruganantham who took it up to himself to provide low-cost sanitary napkins to women from poor economic states across rural India. The film also stars Radhika Apte and is slated to release during Republic day weekend in 2018.