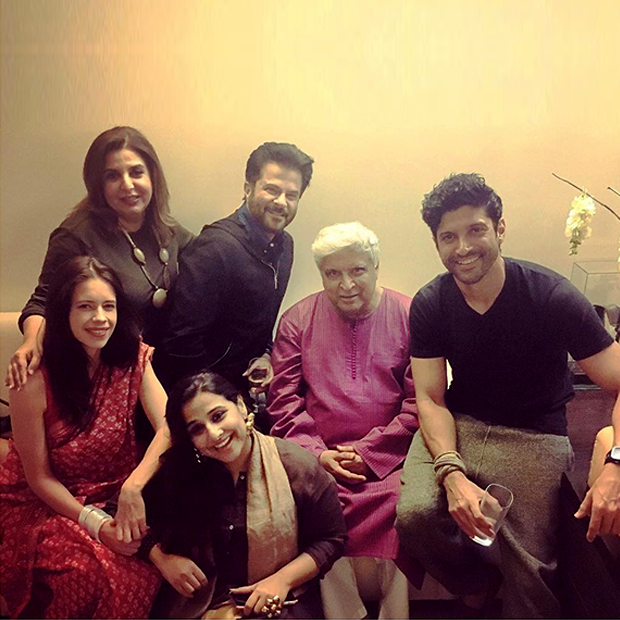 Lyricist and writer Javed Akhtar rang in his 72nd birthday on Tuesday with a grand party thrown by his wife Shabana Azmi. Javed Akhtar spent his big day with his children and stalwarts from the film industry.

While other guests were busy partying, Javed Akhtar got an opportunity to pose with his son Farhan Akhtar and friends including Anil Kapoor, Kalki Koechlin, Vidya Balan and Farah Khan. The reason behind this photograph is the fact that all these stars belong to the sun-sign Capricorn. Farhan even captioned the picture saying, "Presenting the Capri Collection 2017.. thanks for the pic Zoya.. & Saahil.. #funtimes #happybirthdayDad."