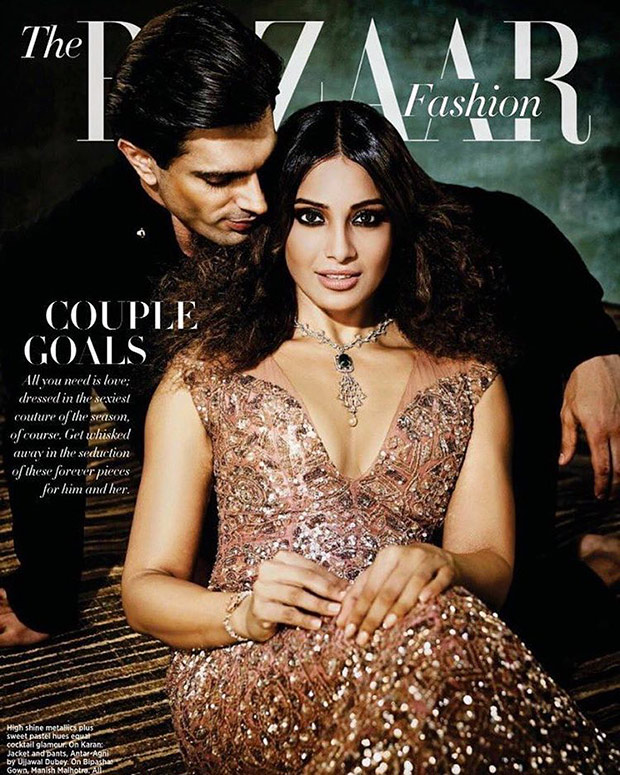 While they met on the sets of the film Alone which released in 2015, Bipasha Basu and Karan Singh Grover have been together ever since. Though the two never admitted to being in a relationship their monkey love turned into marriage as the couple tied the knot in April this year. The couple now features as the one of the hottest couples for a photoshoot of Harper’s Bazaar Bride, the Bazaar Fashion.

Bipasha Basu in her authentic style poses for the photoshoot in a beautiful sequined gown by Manish Malhotra whilst her hubby dearest Karan Singh Grover is seen in all-black attire, the jacket and pants are from Antar Agni by Ujjawal Dubey. As the love story of the two unfolds in this article for the magazine that focuses on love and marriage, the photographs by Joy Datta also reveal the incredible chemistry that the duo share. 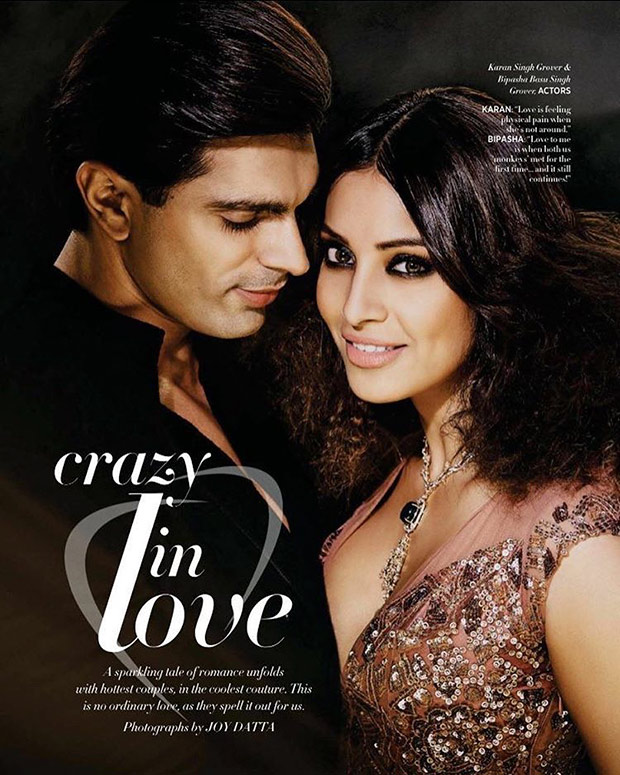 Interesting scoops are revealed by popular TV star and actor Karan Singh Grover during the photoshoot for the magazine as he threads through several topics from what he loves about Bipasha to what sex means to him. Here’s a glimpse of the same:

“DDLJ costumes were real but were dreamy and…