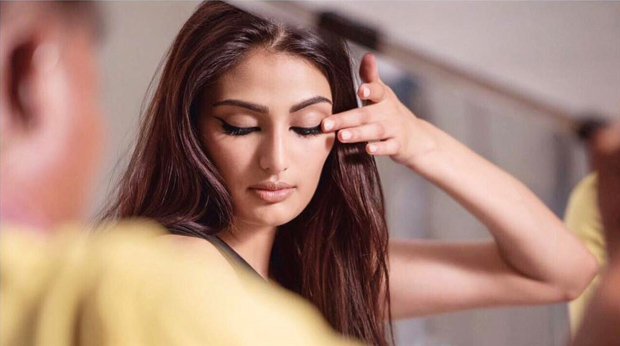 The brand has had a long standing association with Bollywood with actresses like Alia Bhatt being the face of the brand and Athiya Shetty has become yet another name associated with them more than a year ago.

The actress has now kick started the campaign for the brand and she took to social media to share her excitement. Athiya Shetty posted a picture from the sets of the ad shoot along with a caption that read, “My first ever TVC! It's all about the eye, any guesses? #MakeItHappen”

Since her debut Hero which released in 2015, Athiya Shetty will now next be seen in Mubarakan opposite Arjun Kapoor. The latter will be seen in a double role with Ileana D’Cruz playing a parallel leading lady. The Anees Bazmee directorial also stars Anil Kapoor and is slated to release on July 28.