Arjun Kapoor and Parineeti Chopra’s entertaining thriller Sandeep Aur Pinky Faraar will see the two actors on the run to save their lives. Arjun and Parineeti will try their level best to avoid getting caught while figuring out the reason for their life-threatening predicament. Director Dibakar Banerjee, who is known for his gritty and realistic style of filming, took Arjun and Parineeti to the Delhi train station to shoot some of their ‘faraar’ moments. 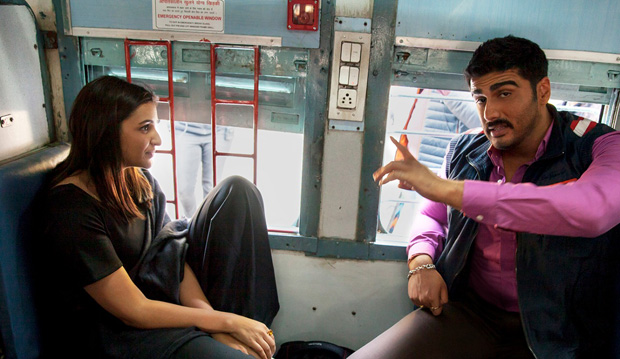 “In the film, the two are constantly on the run to save themselves and they land up in different cities, different situations. While being faraar, they land up at the Delhi train station to hide and escape from the city. Dibakar wanted to shoot on the real train so specific permissions were taken for this. The production also chose the time of shoot wisely or else Arjun and Parineeti surely would have gotten mobbed and the crowd situation would have gone out of control,” says a Yash Raj Films spokesperson.