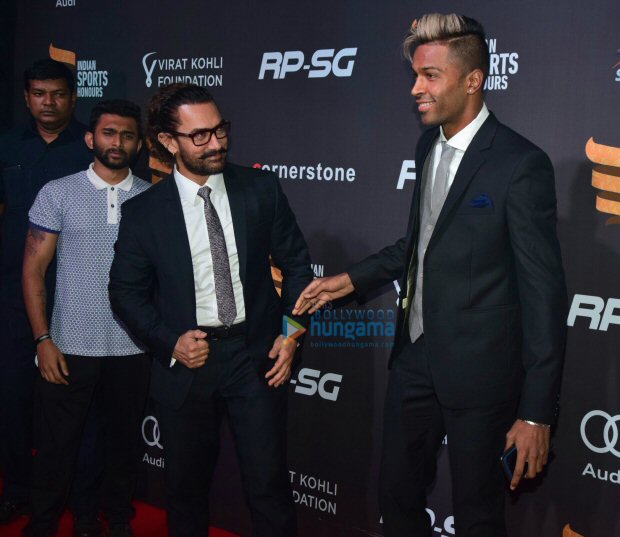 It was a star-studded affair at the Indian Sports Honours 2017 in Mumbai where celebrities from all sectors came together to honour sportspersons in the country.  From Akshay Kumar to Aamir Khan, Anushka Sharma to Virat Kohli, Sania Mirza to Saina Nehwal, stars from all fields were in attendance.

Aamir Khan, who played a wrestler and coach in Dangal, also made a rare appearance on the red carpet of Indian Sports Honours 2017. Aamir bumped into cricket all-rounder Hardik Pandya as they exchanged few words before posing together. Both Aamir and Hardik looked dapper and suave in their three-piece suits. 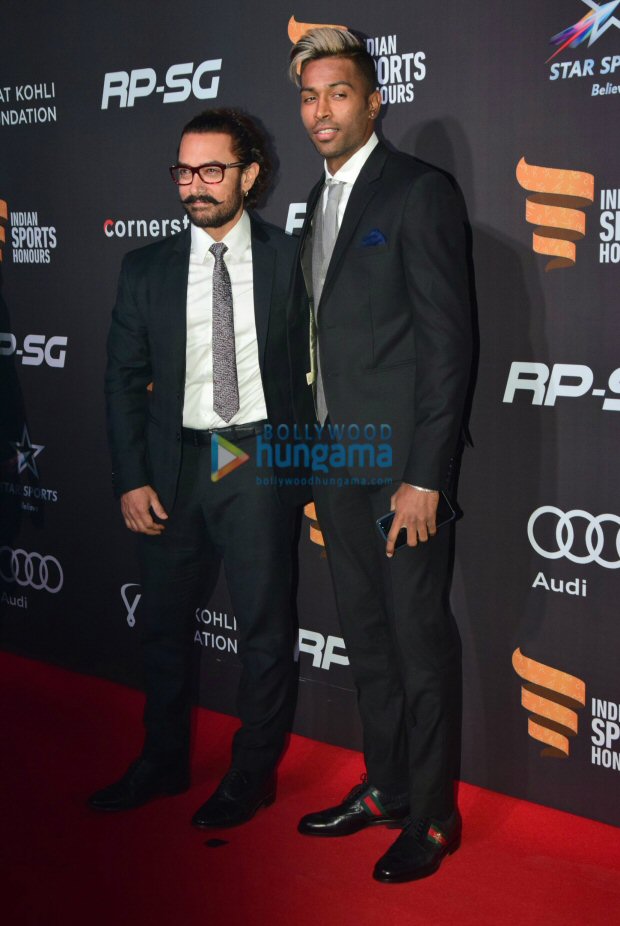