Ajay Devgn, Shah Rukh Khan, and Akshay Kumar faced heat on social media after they collaborated to promote a tobacco brand. However, on Monday, actor Suniel Shetty wrongly got dragged into the Twitter outrage. A Twitter user wrongly tagged Suniel Shetty instead of Ajay Devgn while slamming the three stars for promoting a tobacco brand. Suniel who came across the tweet pointed out the mistake. The Twiter user apologized and said that he is a fan of Suniel Shetty. 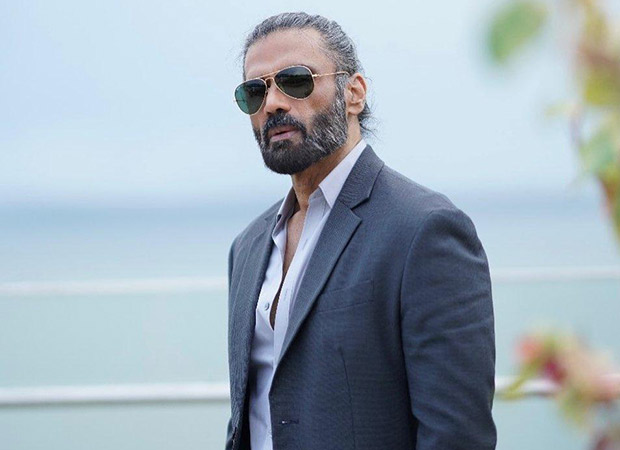 The Twitter user was commenting on a picture of a roadside hoarding featuring Ajay, Shah Rukh, and Akshay promoting a tobacco brand. The picture was captioned, "Itne ad dekh liye iss Highway pe ki ab Gutkha khaane ka mann kar raha hai (I have seen so many ads on this highway that I feel like having some tobacco).”

Commenting on the post, the Twitter user wrote, “Hey #GutkaKingsofIndia @iamsrk @akshaykumar @SunielVShetty you're kids has to feel shame on you to lead nation in wrong way. Don't lead India to cancer nation stupids.” However, he wrongly tagged Suniel Shetty in the post instead of Ajay Devgn.

Responding to the tweet, Suniel wrote, "Bhai tu apna chashma adjust kar le ya badal de (Brother, adjust your glasses or change them)”, along with a folded hands emoji.

"Hello @SunielVShetty. Sorry it was just mistagged and i didn't mean to hurt you bhai, lot of love. It should be (@ajaydevgn). As I am your fan your name ups always first in tag," wrote the user replying to Shetty. Suniel acknowledged his apology with a folded hands emoji.