Acclaimed actress Rani Mukerji’s costumes in the film have been designed by top Indian designer Sabyasachi Mukherjee but no one knows that her daughter, Adira, has also styled her in the film. 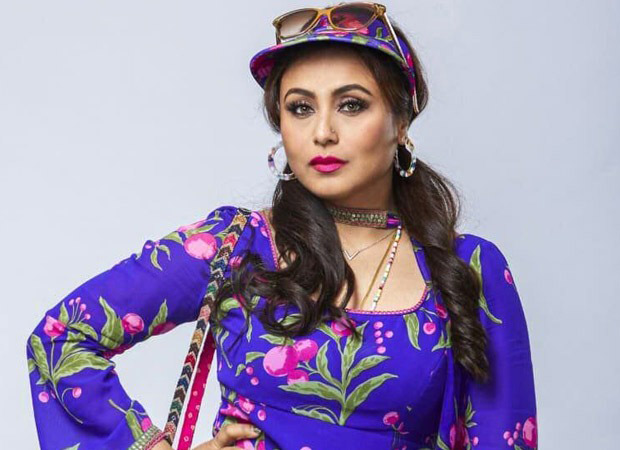 Rani credits Adira for her character Vimmy’s quirky fashion choices. She reveals, "Vimmy’s entire look was designed, styled, and created by Sabyasachi and because the character also has this whole vibe of copying Sabyasachi’s clothes so there’s this whole thing of how Sabya has beautifully designed his own creation thinking how it would be if somebody tried to copy his creation. So, that’s the beauty and genius of Sabya. For the second half, the Abu Dhabi part was supposed to be completely different from what Vimmy wears, so for that, we decided, to shop abroad and buy designer labels because that was the requirement of this character."

She adds, "So, when I was in London, Adira actually came along because she knew I had gone shopping for the film and she insisted that she wanted to come and help me choose. It was fun because she was there with me throughout the shopping process and it’ll always be a memorable thing for me and for her as well."

Rani further says, “When Adira saw the film she realised and related to the clothes and the stuff that she helped me choose and also the fact that she was there for the shoot in Abu Dhabi, she was very excited. She actually single-handedly chose everything and she has coordinated the looks too. She is quite this young fashionista. I will have to check whether her name is there or not in the credits - styling by Adira."

Yash Raj Films’ Bunty Aur Babli 2, which is set to release worldwide on November 19, 2021, is a rib-tickling comedy that will pit two sets of con artists, from different generations, against each other as they try to prove who is the better con couple. The film stars Saif and Rani as the OG Bunty Babli. Gully Boy fame Siddhant Chaturvedi and the gorgeous debutant Sharvari star as the New Bunty Babli.