THIS IS NOT A DRILL! ALSO HEAVY BREATHING! BTS has dropped the official music video of their first single 'Black Swan' from their album 'Map Of The Soul: 7'. The South Korean group often loves to surprise their fans and to be honest - this is the best surprise ever! 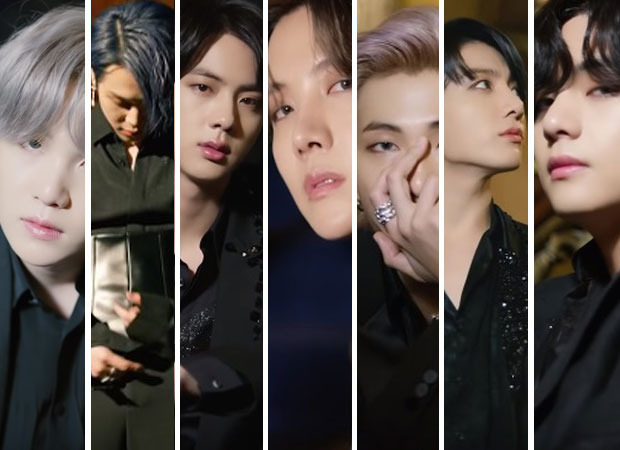 The song was officially released with an art film featuring MN Dance Company. But, this storytelling is different as it immerses you completely. Showcasing the power of their visuals, crisp choreography, and new sound, the septet took everyone through a journey with the modern-contemporary music video! The video, filmed at The Los Angeles Theatre - Broadway Theatre District, DTLA, has multiple callbacks to their iconic 'Blood Sweat & Tears' music video, Natalie Portman's movie with the same name! Moreover, Jimin showcases his contemporary skills! The end of the music video is a reflection of Black Swan movie when Natalie Portman dances and falls. But, the difference here is that Jungkook does not!

They have been performing this song during the promotions! The lyrics goes, "If this can no longer resonate
No longer make my heart vibrate / Then like this maybe how / I die my first death / But what if that moment's right now / Right now."

Carl Jung, in The Red Book, states that one has to confront their dark side for psychological transformation. Suga is seen rapping as Jungkook's shadow is seen dancing in the background. “You will need evil to dissolve your formation, and to free yourself from the power of what has been, to the same extent which this image fetters your strength," Carl Jung stated in the book.

The shadowplay also depicts that there is a positive side to the shadow self. Jung's comments on the shadow further stated that one should not suppress their shadow aspects. "Thus we probably have to accept our evil without love or hate, recognizing that it exists and must have its share in life. In doing so we deprive it of the power it has to overwhelm us," he further states in The Red Book.

This music video can be interpreted in multiple ways! If you've been in this fandom for the longest time or this is your first time viewing a BTS video, it is always enriching and intriguing to see the scale, the depth behind every piece of work.

ALSO READ: Just a couple of BTS performances on ‘Black Swan’ and ‘ON’ to make your Sunday better!