The highly awaited collaboration between Korean sensations IU and Suga of BTS is here and to be honest, it is spectacular. 'Eight' brings together two of the biggest musicians from the Korean industry as they depict overcoming hardships in the futuristic music video. Produced and featured in IU's track, Suga and IU make a dynamic duo! 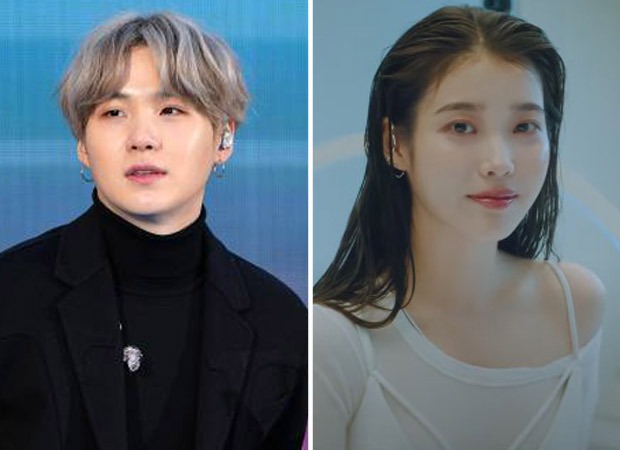 IU starts her journey with what looks like an underground futuristic bunker with a very retro feel to it. She clicks a tape player to play the music as she goes back in time to dream about the different eras of her life. It gives you feels like you are in 'Inception'. It's one of those refreshing takes on how she overcomes her battles and finally gains the strength to move on in her life again. The lyrics 'are you happy now?' begins her journey as her past self asks her future self whether she is happy in her life.

The lyrics go, "Everything comes at will and leaves without a greeting / I don't want to love anything like this /
It's all done as it gets dark / Travel in memory / We are under the orange sun / Dance together without shadow /
There is no fixed parting / Meet in that beautiful memory / Forever young."

Her vocals are followed by Suga's verse that begins with his iconic "SUGA" whisper. Depicted as an animated character in the form of an iguana, he emotes emotional take on life and growing up but he asks to look at the bright side. The iguana could also depict that side of IU's life which has never left her. Instead of leaving her past self, she grows with the iguana. The words 'Forever Young' hits different as she has made peace with her past self but has chosen to evolve and be happier in her life.

The lyrics perfectly depicts his feels, "Island Yes, this is an island / this is a small island made by each other / yeah, well, forever young / eternity means sand castle / farewell is like a disaster message / a longing morning / after each other’s eternity / Be sure to meet again on this island."

IU's beautiful and poignant vocals match beautifully with Suga's style of music. The transition from her flashback moments to the animation is stunning to watch. This is something very new for IU to explore when it comes to sound. Suga continues to prove that he is not just a part of the biggest boyband in the world, his solo work truly makes him stand out as one of the finest music producers out there who are ready to take risks with their sounds.

Suga has collaborated with various artists. His solo work boasts of varied genres and he has become one of the impactful music producers artists are looking forward to collaborating with. He first worked with singer Suran on her track, 'Wine'. This led him to win Best Soul/R&B track of the year at the 2017 Melon Music Awards.

He produced a track for Korean legends Epik High's 'Sleepless' titled 'Eternal Sunshine'. The 27-year-old (28 years in Korean age) musician has also worked with Tablo of Epik High on 'Song Request' for South Korean singer Lee So-ra. In 2019, he worked on beautiful track 'We Don't Talk Together' for singer Heize last year. The track was co-written by Suga, Heize along with El Captixn and Heize as co-composers.

In January 2020,  he ventured into the western industry with his first collaboration with Halsey on her album 'Manic' and released 'Suga's Interlude'.

Meanwhile, BTS is already working on a new album after their last release, 'Map Of The Soul: 7' in February, this year.

ALSO READ: First teaser of BTS’ Suga and IU is here and she asks ‘are you happy now’