It was only a few days ago when global superstars BTS kicked off their new era of music by dropping the first concept photo of 'BE (Deluxe Edition)' album.  It was announced in September that the septet will release their album on November 20, 2020. As they gear up, BTS is opting for a different way to connect with fans (called ARMY). The first set of handwritten postcards have been released by members RM, Jimin, and V as they penned their heartwarming thoughts in these beautiful and aesthetically pleasing letters. 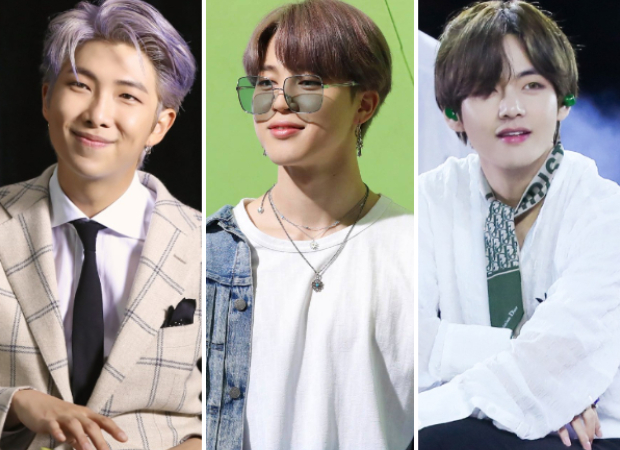 RM said that he appreciates even the smallest of things. He said, "The happiest moment for me is not something grandiose but the moments when I open my eyes in the morning to the beautiful sky, when I smell the winter and when I’m on my bike and the breeze feels nice. Dear ARMY, when do you feel happy in your everyday lives?"

Addressing the letter to their fans with 'Dear Army', V wrote, "There were moments while working on my music when I felt stuck. I went to see ARMY every time that happened. Dear ARMY, when do you feel the happiest? What are some moments that make you go, “I’m so happy right now”? (Other than our songs)."

Jimin said he misses the fans a lot. "I miss everyone who loves me just the way I am, so much. Dear ARMY, what makes you the happiest in your everyday lives, and when you’re by our side?" he wrote in his postcard.

During their album discussion vlog posted in May, which was filmed in April 2020, Suga had suggested that the keyword of this album could handwritten letters. "I thought maybe the keyword could be a 'letter'. We write hand-written letters but if the song itself could be a letter, we could communicate that way - it could be like writing a letter to an old friend or it could be to a puppy who died when we were young or it could be a letter to our fans. But, instead of addressing it to someone, maybe we can write it so it could stand for anything."

'BE (Deluxe Version)' is a self-produced album with all members participating in different parts of the album making. It seems more personal since it was made amid the quarantine period whilst trying to find happiness in the smallest of things that we never had a chance to focus on.

"This album is made more special by direct involvement from BTS in not only the music but from the concept and composition to design. You will discover throughout the album the thoughts, emotions, and deepest reflections of BTS while experiencing an even richer musical spectrum," the earlier statement read.

ALSO READ: BTS kick off the new era of their music with first concept photo of upcoming album ‘BE’