Over the last seven years, BTS has created a huge mark for themselves. They have broken barriers with their music and continue to excel through their innovative ways. Now, in 2020, the global superstars have received the Wall Steet Journal's Music Innovator Award. WSJ Magazine has been honoring talents from a variety of cultural backgrounds for over a decade. 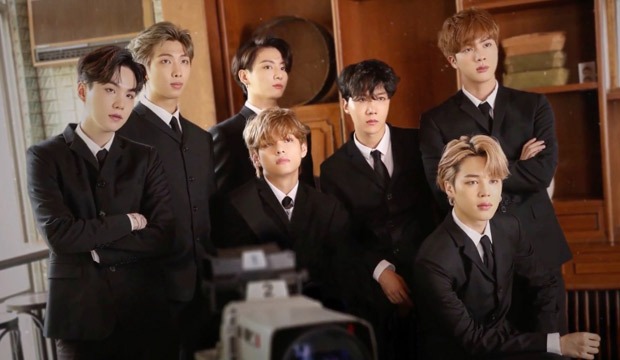 At the 10th annual WSJ Magazine, BTS spoke about that it is an honour to be even compared to The Beatles but they've compared themselves to the legendary band. "Wow, the Beatles. To even be compared to the legendary group is a great honor." Jin said. "We've never ever been like the Beatles or even, as more than them. We’re just seven normal kids who love music and performance, who have a dream to give hope & love & positive energy & inspiration to the people in the world," RM further added.

"'Love yourself, Speak Yourself' is very special to me the BTS team has put out this message and shouted it out for our listeners. But, in fact, It's had a large influence on us as well," J-Hope further said that how that even they've learnt a lot through their albums and the messages.

Jin revealed how over the course of time he began to love himself. "When I was a student, I didn’t love myself. But as I started working in this profession, I received so much love from a lot of people. So I started to give myself some love," he said.

"People all around the world are going through difficult times. But, the harder life gets the more we have to brighten up and use these moments as ammunition to load up our optimism and drive," said V about why it is important to share positivity. "We all decided to just focus on what we could do the best and that was still music and performance," said RM. Suga also said he hopes that people can gain some positivity through their work. "Despite these troubling times, I hope you can gain a little bit of strength and hope from watching our performances," he added.

Talking about receiving the Music Innovator Award and what it means to them, Jungkook said, “I think if you can personally realize something, even from the most modest achievements, that can also be a form of innovation." RM also reflected on what 'innovation' means to him and said, "The word innovation for me sounds like a thrill, like not explored. To me, innovation means no stopping. I think the most important thing is that you're always changing. Never being comfortable always evolving."

“When working incessantly towards a challenge the results and feeling of accomplishment from what is achieved.
I think the members themselves make BTS Special. The relationship between the members. The relationship between us and our fans," Jimin added. "To me, innovation means never stopping. I think the most important thing is that you are always changing. Never be comfortable. Always evolving," Suga reflected on what innovations to him.

Meanwhile, the septet is gearing up for the release of their new album. BTS will perform 'Life Goes On' for the first time at the 2020 American Music Awards on November 22 after 'BE (Deluxe Version)' releases on November 20.