It's BTS season! Be it promotions or award shows, the global superstars are performing their chart-topping English single 'Dynamite' with full pomp and show but bringing new flavour to it, every single time. The award season in the US has kicked off. Starting with the MTV Video Music Awards 2020 in August followed by the Emmys 2020, the Billboard Music Awards 2020 took place on October 14. The nominations were announced online on September 22 as BTS bagged two nods. 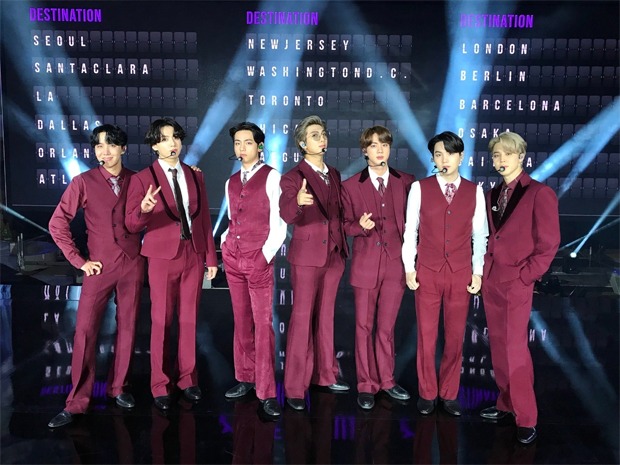 On Wednesday night, BTS took center stage in maroon jazz style suits as they lit up the stage with a 'Dynamite' performance. Backed by a virtual live band and stunning stage, this time the septet performed at Terminal 2 at the Incheon International Airport. The backdrop had dates of the Map Of The Soul tour! Joining the awards night all the way from South Korea, BTS once again delivered a powerful performance with their pitch-perfect vocals and super tight choreography. It may have been their 13th 'Dynamite' performance but it looked fresh and energetic since, with every performance, they presented something new to the fans.

YOU DID IT, ARMY! @BTS_twt is the 2020 #BBMAs Top Social Artist! #BTSxBBMAs pic.twitter.com/jOEJUeZemb

In 2018, BTS made their stage debut at Billboard Music Awards with a power-packed 'Fake Love' performance. In 2019, they performed 'Boy With Luv' with Halsey.

"Cause I-I-I'm in the stars tonight... so watch @BTS_twt bring the fire and set the night alight! #BTSxBBMAs pic.twitter.com/RQtUkNe5PL

BTS has announced their next studio album titled  'BE (Deluxe Edition)'. Taking to their official platform called Weverse, the statement read, "'BE (Deluxe Edition)' contains the most 'BTS-esque' music yet. The latest story from BTS begins by declaring that 'even in the face of this new normality, our life goes on' and imparts a message of healing to fans and to the world."

'BE (Deluxe Edition)' will drop on Friday, November 20.