Following the release of the tracklist, multiple concept photos, and music video teaser for his upcoming album, South Korean juggernaut BTS' musician j-hope has dropped the music video for one of the two lead singles 'Arson' from his highly anticipated solo album Jack In the Box. As the album title suggests, the album presents j-hope’s leaping out of the box and showing new, different sides of him and how much he’s grown as an artist. 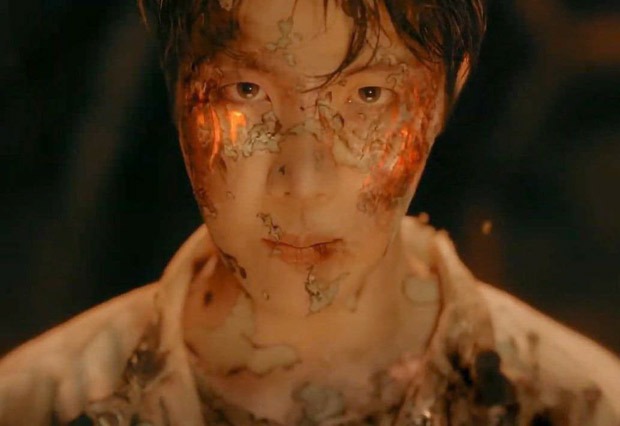 Jack In The Box contains a total of 10 tracks: “Intro,” “Pandora’s Box,” “MORE,” “STOP,” “= (Equal Sign),” “Music Box: Reflection,” “What if…,” “Safety Zone,” “Future,” and “Arson.” The smooth flow of the narrative in the album, starting from the first track and concluding with the final track, stands out. j-hope participated in the overall album making from music, concept, design, and music video, bringing out his own unique colors through the album.

The first two tracks, “Intro” and “Pandora’s Box” tells a story behind the origin of j-hope’s stage name which comes from Greek and Roman mythology, ‘Pandora’s Box.’ The dual main tracks “MORE” and “Arson” unfold j-hope’s authentic stories, from his pure passion to inner shadow and agony, that prove his growth. The album also carries on the essence of BTS who have been validating themselves through music.

The official music videos of the two main tracks, “MORE” and “Arson” add powerful energy to the songs. Pre-released on July 1, the music video of “MORE” began with a box delivered to j-hope. The rooms behind the doors in a hallway each represented different sides of j-hope. Moving around the rooms, he showed off his various charms and charisma. The last scene showing j-hope closing the box in “MORE” implied that the rooms are inside the box, and it fluidly leads the viewers to the beginning of the music video for “Arson.”

In the music video of “Arson,” everything burns in flame and j-hope walks out from the fire and sings. It shows everything reduced into ashes, and j-hope’s white jumpsuit is charred as well. The video focuses on visualizing j-hope’s passion and agony standing at the crossroads of choices for the next path.

Written by j-hope and Michael Volpe, the song has been produced by Clams Casino. j-hope narrates the story of a young musician and person who finds motivation in working towards his dreams but this also results in burnout from the creativity. The compelling nature of artistry consumes him and burns everything around him, especially when this creative process was his dream. 'Arson' comes at the end of the tracklist as j-hope asks, "If anyone asks me
“Right, I lit the flame” / Now I ask myself, choose what / Do I put out the fire, or burn even brighter" perfectly sums up him standing at the crossroads starting a new era for himself but also in dilemma whether he will face hurdles ahead or he will rise as a phoenix conquering those paths. If 'MORE' was being obsessed with their artistry and creativity, 'ARSON' projects how this same creativity and artistry consumes you leading to burnout. The symbolism in the two lead singles followed by an array of banger tracks makes this album great storytelling.

j-hope collaborated with the world-renowned artist KAWS for the cover artwork of Jack In The Box. Previously for his first mixtape Hope World (2018) and “Chicken Noodle Soup (feat. Becky G)” (2019), j-hope created album covers that visualized the message he wanted to express through his music. Such attempts came from j-hope’s musical vision that placed importance on visual experience of his music.

The album’s message about j-hope’s agony, passion and aspirations is reflected in the cover artwork. It employs KAWS’s iconic use of precise line and color to visualize j-hope at the crossroads of choosing his next path.

Upon their first collaboration together, KAWS said, “I was thrilled when j-hope invited me to collaborate on the cover artwork for his solo project. We have become friendly the last few years and I’m happy our paths will have crossed at this moment in time.”

Through collaboration with KAWS, j-hope captured both acoustic and visual experiences in the album. He boasts his capability as a creative director beyond a musician.

On July 14, j-hope hosted a private listening party, inviting industry professionals such as musicians and directors as well as friends whom he met through working on music. This new attempt entails his efforts to get honest feedback and evaluation of his works into which he poured his hearts and soul, and to achieve further growth.

Moreover, Jack In The Box will be released via ‘Weverse Albums’ on July 29. j-hope will perform at Lollapalooza 2022 in Chicago on July 31 as the first main stage headliner as a Korean artist.

ALSO READ: BTS' J-Hope is 'burnt in fire' as he unveils concept photos and mood cut for 'Arson' from upcoming album Jack In The Box