Every year the superstars from South Korea, BTS, celebrate their debut anniversary with new and unseen content like music, songs, dance videos, photo collections among others. The two-week festival leads up to the finale which is a sit-down session with them followed by a concert. On the eight day of the FESTA, the group has released subunit portraits from 'Map Of The Soul' series followed by the videos. 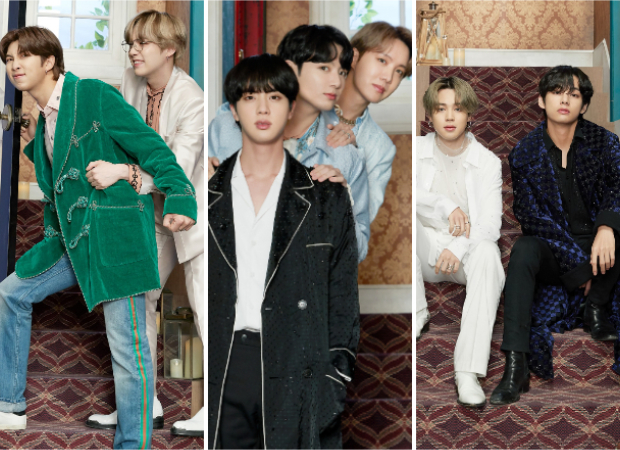 Check out the portraits:

The videos were shared later in the day and three subunits shared memories of recording the songs. V and Jim spoke about their infamous dumpling fight incident that happened during their earlier days that led them to not talk to each other for two weeks. Then, Jimin and Suga had gone for drinks where Jimin got drunk and met up V to patch up at a park. V shared he still has Jimin's video from their meet as they laughed out loud. Later, he revealed that nigh he wrote '4 O' Clock', the FESTA song in collaboration with RM.

RM and Suga spoke about being friends for over 10 years now and reflected on their journeys. They also talked about how fun it was to write and produce 'Respect'.Jin, Jungkook and J-Hope had the most hilarious conversations about their collaboration on 'Jamais Vu'. From speaking about recording the song to adlibs to hopefully performing someday, they had a blast during the process.Starting from June 1, BTS dropped the summer version of their 2018 song 'Airplane Pt. 2' from their album, 'Love Yourself: Tear' that was filmed during their summer package shooting in Saipan. On June 2, family portrait pictures in three different versions which were released.

On June 3, the first choreography video was unveiled of 'Dionysus' song from 'Map Of The Soul: Persona'. The stage rehearsals were from their 2019 Speak Yourself stadium tour in Seoul. The fourth day consisted of 2019-20 photo collection from stage performances, events, rehearsals, concept photos, music video filming.

On June 5, the group unveiled Jungkook's original song 'Still With You' produced by him and Pdogg. It was dedicated to the ARMY. This was followed by BTS Profiles about their lives on sixth day and 'Fake Love' choreography video from MAMA 2018 performance.

The septet is set to host their seventh anniversary with a virtual concert “BANG BANG CON -The Live,” on June 14.