It's Min Yoongi aka Suga's birthday. The South Korean multi-talented musician of the world-famous band BTS is celebrating his 27th birthday (26th birthday in international age) today and kick-started it with birthday dinner with his band members who are his family - RM, Jin, J-Hope, Jimin, V, and Jungkook. 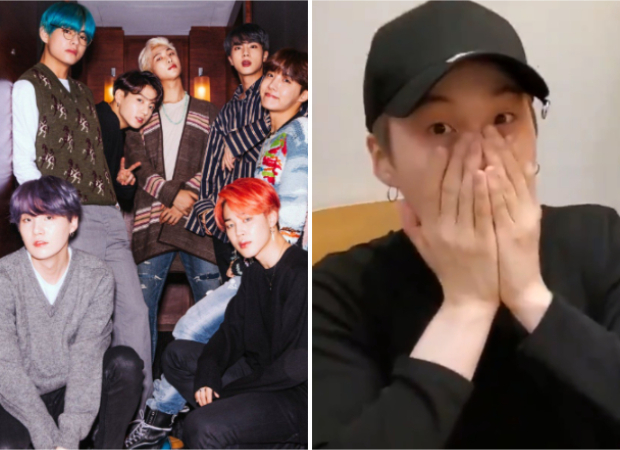 J-Hope shared a video from his birthday dinner as Suga acted surprised when everyone started singing 'Happy Birthday' and Jimin got the cake for him. "#YoongiHappyBirthday #SugaHappyBirthday Yoongi hyung is 2 years old since he's cute."

Few hours before his birthday, the rapper went live on the VLive app to interact with BTS Army following the tradition. He spoke about how he didn't give so much importance to his birthdays before his debut until members and BTS Army began celebrating his birthday. He said that makes him so happy. He said that he can understand when the members of the group try to surprise him during his birthday through their expressions. He also revealed that he was quipped that the oldest member of the group, Jin will pay for his birthday meal a few days ago during their livestream and Jin followed through the promise. He paid for everyone. J-Hope has a video to prove.

He further spoke about how he watches more Netflix than TV and enjoyed watching Martin Scorcese's Academy Awards 2020 nominated The Irishman starring Robert De Niro, Al Pacino, and Joe Pesci. He said that amongst the TV shows he has watched the latest season of Stranger Things but he also enjoyed Spanish show Money Heist aka La Casa De Papel. Suga said that he likes watching cat videos on Youtube among the other things he discussed.

Suga is widely known for his self-reflective work and that can be witnessed via BTS and his solo work! The rapper released his 10-track 'Agust D' mixtape in 2016 which was his stage name spelled backward with the initials of his hometown, Daegu Town in South Korea. The album was a very personal story about his mental health, depression and dealing with social phobia.

Since then, he has gone onto collaborate with many South Korean musicians including 'Wine' featuring Suran in 2017, rap feature on 'Song Request' by South Korean singer Lee So-ra which was written by Suga and Tablo of Epik High. He produced a track for Epik High's 'Eternal Sunshine' and produced and co-wrote 'We Don't Talk Together' for singer Heize. His last collaboration 'Suga's Interlude' released with Halsey on her album 'Manic' that released in January this year.

BTS recently released their fourth LP, 'Map Of The Soul: 7' that has successfully become No. 1 in many countries.