The prestigious TIME Magazine has named Halsey, the 25-year-old singer, as one of the most influential people in the world. Not only she has had a very successful music career, but Halsey also continues to be an influential voice. The magazine released its most coveted and prestigious 'TIME's 100 most influential people' list of 2020 where widely popular band BTS penned endearing words for their long time friend and 'Boy With Luv' collaborator. 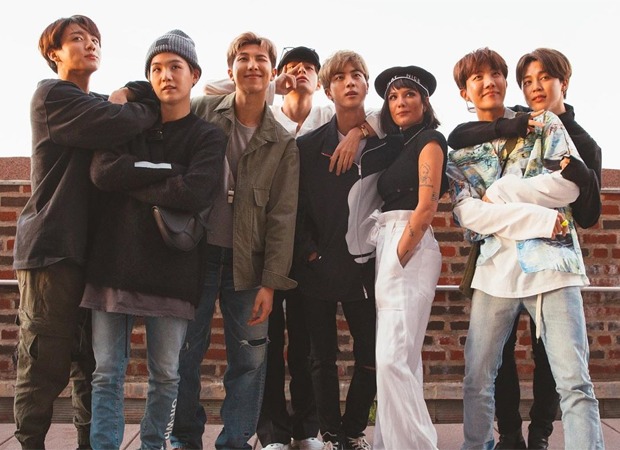 Speaking very highly of her and her impact, BTS penned the profile by saying, "Halsey is the type of person who leaves a lasting impression on everyone she meets. She has an incredible ability to exude this magic from within herself. Her bold spirit really shines through her music and performances, as well as her life. And that spirit and passion have been instilled in us and inspired artistic ambitions of our own."

"We were first introduced to Halsey’s music through “Closer” and “Without Me.” Her latest project, 'Manic', in which one of us—SUGA—had the honor of taking part, is among the most genuine pieces of work we’ve ever encountered. Knowing her music, the decision to collaborate with her on our single “Boy With Luv” was one of the easiest calls we’ve ever had to make. It just had to be her," BTS wrote on TIME.

Calling her a strikingly talented artist and a dedicated partner, BTS concluded, "She inspires us, and we’re incredibly honored to be able to call her our cherished friend. We cannot wait to see what she has for the world down the road."

BTS collaborated with Halsey on their hit track 'Boy With Luv' which released in April 2019 along with their album 'Map Of The Soul: Persona'. Suga, rapper-producer of BTS, featured on Halsey's album 'Manic' that released earlier this year. His track was named 'Suga's Interlude' and this was the 27-year-old's first international collaboration.

In 2019, when BTS started making waves internationally, TIME featured them in the 100 Most Influential People List. Halsey penned a heartwarming piece that read, "For BTS, world domination is just another 8-count in the contemporary dance of life. But if you think that’s easy, you haven’t seen the love and effort these young men put into each and every step."