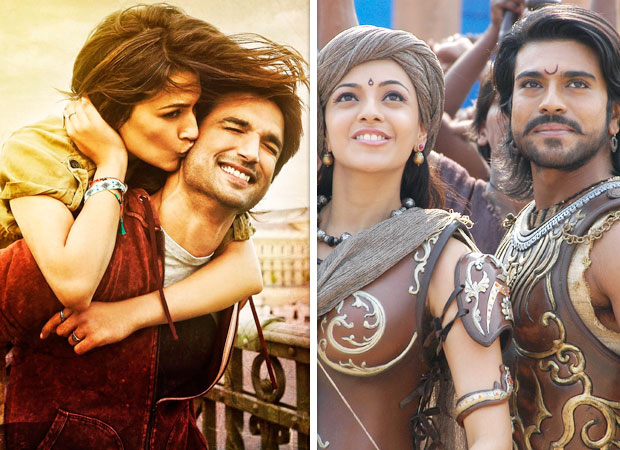 We all know that the Sushant Singh Rajput-Kriti Sanon starrer Raabta is all set to release this week. Yesterday and today, the makers of Raabta argued for over 5 hours in the court, citing several differences in their script, storyline and Magadheera. Advocate General of Telangana, Ramakrishna Reddy appeared for the producers of Raabta. The lawyer argued that the background of the lead characters, the storyline development, the role of villain, the foreign locations and most importantly, the finale of the film is completely and materially different from that of Magadheera.

They pointed out that the concerns of the makers of Magadheera that the iconic 100 warriors’ scene, which had been lifted in Raabta, is completely unfounded as there was no such scene either in their film or the trailer. They said that, in their film, unlike Magadheera, the villainous character was, in fact, an anti-hero and a parallel interest point for the heroine. Even in the back story depicting the past life of the characters, the hero of the film actually plays a negative character in most parts.

The makers further pointed out the similarities, even if there were any, were purely on the themes which are generic to every film made on reincarnation of two lovers such as Prem, Hamesha, Om Shanti Om, Kudrat etc. In fact, the makers also cited a list of more than 100 films which were based on the theme of reincarnation.

When contacted, Ankit Relan, lawyer for T-Series, confirmed that the injunction application had today been reserved for orders. He said "We have filed the entire script of our film along with a comparative chart showing how the two films are completely different in the their story, treatment and expression, something that the Plaintiff ought to have done in the first place as part of his pleadings to show comparative similarities. Neither were any such similarities pointed nor has the Plaintiff filed its script for the judge to make a comparison. The entire suit, which has been filed at the eleventh hour, despite the trailer coming out more than six weeks ago, is based on conjectures. We can't understand how a film of over 2.30 hours in duration, can reasonably be compared with a trailer of around 2 minutes to jump to a conclusion of Copyright Infringement. We even offered to show the entire film to the Plaintiff as far back as on 17th of last month itself, to which, the counsels for Plaintiff responded only on the midnight of 30th May, 2017, which was one night before the next hearing, stating that the reply was left lying with the watchman of their building all this while. They rejected the offer to see the film, of course”.

It has now been learnt that both the sides have requested the court to pass the order in the first half tomorrow, so as to have time to approach the Appellate Court, if needed. However, the court refused to be bound by any such timelines.

It will now be interesting to see the verdict tomorrow. Watch this space for developments.