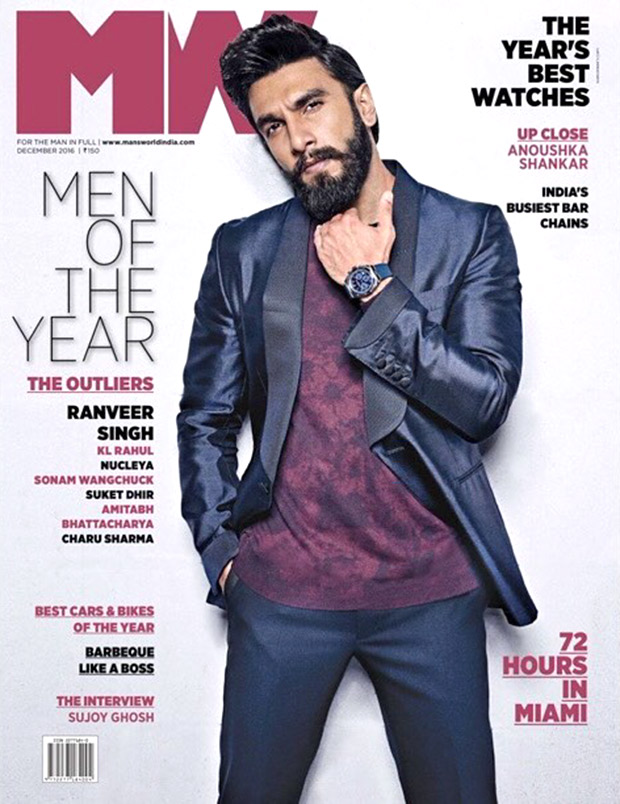 When one Googles the term ‘Outlier’, the results states “A person or thing differing from all other members of a particular group or set”. Well, Gen-Next superstar and superb star Ranveer Singh is all of that and much more. No wonder then, the December edition of ‘MW’ magazine has got the inimitable Ranveer Singh on the cover with a caption that states “Men of the year: Outliers”. Ranveer Singh is one of the hand-picked names by the magazine as the ‘Men of the year’.

Ranveer Singh, who is making everyone swoon to his antics and magic in the recently released film Befikre, posted the photograph of MW’s cover which has him in his famous bearded avatar. In his social media account, he captioned the photograph as “Outlier...hmm...I like that”.

On the professional front, Ranveer Singh will be seen in Sanjay Leela Bhansali’s next magnum opus Padmavati, which also has of Shahid Kapoor, Deepika Padukone and Aditi Rao Hydari in the lead roles.