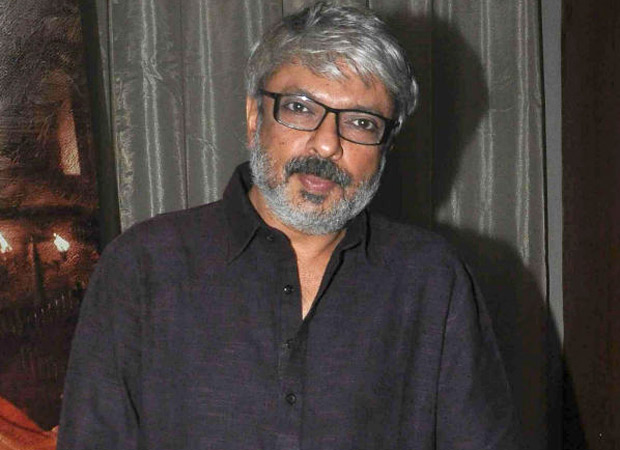 Last night, we had reported that filmmaker Sanjay Leela Bhansali was assaulted when angry members of the Karni Sena slapped the director at the Jaigarh fort in Jaipur where the cast was shooting for Padmavati. Condoning this incident Bollywood celebrities have come out in support of the filmmaker expressing their growing displeasure at the increase of such instances, wherein violence was used against filmmakers. Below are a few reactions from the Bollywood celebrities.

Shocked by the attack on #SanjayLeelaBhansali ... Shame! These hooligans must be stopped .. who gives them the right to behave like this

Who has made these 'gundas' the upholders of my country's morality and history .. my India is not so parochial #SanjayLeelaBhansali

Horrifying & Disgusting incident! Miscreants must be punished! We stand with you #SanjayLeelaBhansali Sir!

#SanjayLeelaBhansali slapped on his own set by vigilante group... shining example of tolerant India!!!!!! SHAME

Just got the news on what has happened on the #padmavati set. This is mockery of democracy.My full support to #SanjayLeelaBhansali &the crew

I am appalled and deeply saddened to hear that #SanjayLeelaBhansali was attacked. There are non violent ways to protest, this is criminal.

Disturbed and saddened at what happened to #SanjayLeelaBhansali . Inaction will only embolden others....and that's Anarchy.

It's appalling to hear what happened to #SanjayLeelaBhansali .im so saddened..Violence is not what our forefathers taught us..

Shocked by what happened on d sets of #Padmavati n #SanjayLeelaBhansali
Resorting to violence??
SHAMEFUL

Where is Rajasthan police!! Shame!! What is being done about this?? What's the point of living in a democracy! #SanjayLeelaBhansali

I'm waiting to see how many people are punished for what they've done to #SanjayLeelaBhansali & his crew. There's enough evidence.

People should be held accountable for this shameful act.Horrified by what happened to #SanjayLeelaBhansali #Padmavati sets.

The entire artist community with #SanjayLeelaBhansali .Enough is enough .Goons have tobe arrested n made answerable for theiract #Padmavati

Violence against artists expressing themselves is a cowardly crime. Govt should punish these criminals who hurt India's freedom. #Padmavati

Appalled by what has happened on the sets of #Padmavati! Miscreants must be brought to book. Hooliganism is not protest.

Appalled by what happened with SanjaySir on the sets of #Padmavati !!As an artist I condemn this act #shameful #whereAreWeHeadingAsaCountry

We would suffer till the time we're obsessed with our surnames.
If you're that courageous,give us your first name to acknowledge.#padmavati

What's happened to mankind? Where are we headed? #sad #scary #Padmavati

Am appalled at what has happened with Sanjay Bhansali....this is the time for all us as an industry to stand by our people and fraternity!!

Having been through many instances of turmoil during a film shoot or release...i understand Sanjay's emotion at this point...I stand by him.

Thoughts of what has transpired with Sanjay Bhansali today are just not leaving me!! Feeling helpless and angry!! This cannot be our future!

Yes!! Attacking a filmmaker and his right to free voice is no answer !!! So called historian and moral police!!! Disgusting!!!! https://t.co/BgIxT8doXi

No member of our industry should be silent on this matter!!! It's calls for unity and NOT selective indifference!!! https://t.co/Adz6eWjggb

Not only do I respect the right & the power of free speech of my own tribe. I also respect that same power in the hands of those I despise.

We have hit a curve in history where the film industry has to abandon its politics of silence. Silence now will tantamount to betrayal.

What happened on Sanjay Leela Bhansali's set is absolutely deplorable. #IStandBySLB : Over to you Rajasthan Police - Do the right thing.

Utterly shocked and sickened to see some so called citizens of this country stoop to such horrifying audacities. #HugeShame #IStandBySLB

Now they are telling us what we can film/what we can't. We should choose not to exhibit unless we are guaranteed some rights. #IstandbySLB

I'm deeply saddened to hear about what happened with #SanjayBhansali sir. We have to stop this! #IstandbySLB

1st they stop release of films..now they r trying to stop films from being made. Attack on #SanjayLeelaBhansali is SHAMEFUL #IstandbySLB

Did random people enter another persons workplace n raise their hand on him because dey decide dey don't like what he does? I am enraged!!!

Mr. Bhansali , Sir. I stand with you. This is so infuriating!!!!

Can once the whole film industry come together and take a stand, and refuse to be a pony that all bullshit and bullshitters ride on??

At the same time Shame on you Karni Sena, you make me feel ashamed to be a Rajput.. bloody spineless cowards ..

Hindu extremists have stepped out of twitter into the real world now.. and Hindu terrorism is not a myth anymore

Rajput Karni Sena shud b kicked on their back side with spiked boots for what they did to Sanjay Bhansali..is this india or barbaricindia?

It's a joke film makers have issues with censor board ..Bhansali incident proves any dog,monkey nd even donkey can become censor board

It's only thanks to Bhansali that Padmavati,Khilji etc and stray dog community of Rajput karni sena etc will be known to entire india now

Angry at seeing how a group can violently attack without fear of police,this is not the republic India we just glorified,I Stand with #SLB

Utterly distressed.This attack is not only on da film industry but on every nonviolent,law abiding,free citizen of this country #IStandBySLB

We stand by you sir. There is such a thing as freedom of expression and we will not allow cowards take that away. #IstandbySLB

Absolutely pathetic, the police, the state, the country needs no take this seriously & punish these people. #IstandbySLB https://t.co/Wwc6ZFx1rU

Am exceptionally happy to see the support coming in from members of the film fraternity....#IstandbySLB ....this is time we need each other

What happened on Padmavati sets is appalling and heinous. Is this the state of the world.

A gentle reminder sir... a couple of days after republic day if we as an industry have to deal with such humiliation for expressing ourselves , it's frankly very disheartening . Please stand up for us.. #padmavati

"Miss these two"- writes Sonam Kapoor as she…

Jacqueline Fernandez goes live with a…

Salman Khan thanks fans for obeying the…