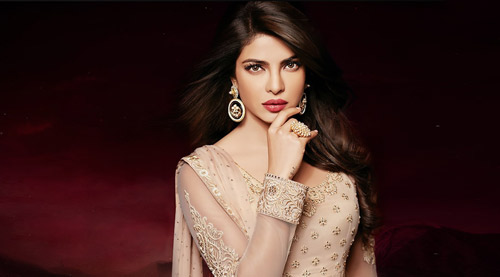 While the preparations for the 88th Academy Awards have already started rolling, yet another announcement by The Academy of Motion Picture Arts & Science has got everyone excited for the upcoming Oscars. Priyanka Chopra will be presenting the Oscars on the eve of February 28 and the actress took to Twitter to talk about it.


Posting the image of her name in the list of presenters shared by the official Twitter handle of Academy, Priyanka Chopra tweeted, "Looking forward @TheAcademy !! This will be an insaaaane night!" It may be noted that Priyanka Chopra would probably be the only Indian representative in the Oscars since the Indian nomination (for Best film in Foreign Category) for the Academy Awards did not make it to the top five list.


Followed by her tweet, several fans, media personalities, production house head honchos, co-stars and colleagues posted congratulatory messages and also expressing their pride over the same. Here's a glimpse of the series of tweets the actress received after her announcement about the Oscars:


Dia Mirza: That little girl with big dreams is going places @priyankachopra what an incredible start to this year it's been!


Vir Das: Yo @priyankachopra You're a rockstar who is making us all proud. Keep soaring!


Ashvini Yardi: So just when u think she has done it all.. @priyankachopra #attagirl


Atul Kasbekar: Wow! Woke up to see this bit of news! @priyankachopra presents at the #Oscars Go Girl


Prakash Jha: Isn't that fantastic!! So proud of you @priyankachopra !! Bravo Abha Mathur...


Rajeev Masand: Super news! @priyankachopra will present at the Oscars this year. This girl is on a roll!