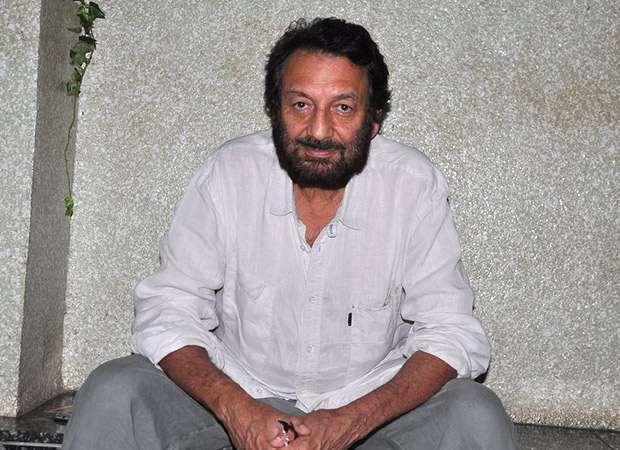 Shekhar, why do you keep running away to the West?
Yes, I’ve been travelling for nearly a year and a half. I feel most at home in Mumbai. I wish I could work more often over here. But my work takes me away from home. I don’t run away to the West. I run away to better work. I think the passion commitment and aspiration to create world-class content does not exist here.

Then, how will you make a film for us here?
I tried. I tried very hard. For the last three years, I didn’t do any other work except Paani. But it didn’t happen. The only way it can happen is if we aspire to be major world players in cinema.

But a lot of filmmakers in this country feel they are already getting there?
Not at all! I think a global curiosity about Bollywood in the West has existed for nearly ten years. However, that curiosity still remains unexplored by us.

Is it a low level of competence that’s the culprit?
No, it’s a low level of aspiration. I think we’ve a huge amount filmmaking talent. But they are not provided the right opportunities. The same happened with our very bright scientists who had to go to the US to further their careers. It is changing in other spheres of our activity in our country. But…not in filmmaking.

Why do you think we are lagging behind?
Look, there is a reason why China is so far ahead. They aspire to be world class. We don’t. Someone like Anurag Kashyap is defeated by the finances here. The funding here does not allow us to compete with world cinema. Though, mind you, when I made Bandit Queen it was done at a really measly budget.

But there has been no Bandit Queen after Bandit Queen?
I think the problem has been that there are too many of our filmmakers who aspire to genres that do not come naturally to us. Indian filmmakers got very heavily influenced by Mexican films. Because, Mexican filmmakers have attained a global recognition that we have not. We are just happy being small players. When our films do Rs. 200 crores or Rs. 300 crores, we are happy. Everyone congratulates one another. Slumdog Millionaire did Rs. 2,000 crores.

What about The Lunchbox?
Oh yes, that is an Indian film which got noticed the world over. Now, the director Ritesh Batra is making films from outside India. I believe we’ve chained ourselves by celebrating the Indian market. It is dominated by just a handful of big players. Any business that is monopolized by just a few players, cannot grow because there isn’t much innovation or diversity. There was a time when no singer could make headway in Bollywood if he or she did not sing like Lata Mangeshkar, Asha Bhosle, Kishore Kumar or Mohd. Rafi. A R Rahman changed that. Since then, we are constantly getting new voices.

Yes, but most of them are incoherent singers, so diversity is not necessarily growth, is it?
Maybe. But they are huge hits. Unfortunately, the same growth is not visible among filmmakers. The other day I was at a restaurant in Mumbai when my friends from the Bollywood industry were excitedly discussing how much growth there was in the film business. Just at that moment, a very smart waiter came up to us. I asked him if he saw Hindi films. He said he loved Hindi films and Salman Khan. But do you know when was the last time he saw a film in a movie theatre? One year ago!

So there is a dichotomy between what Bollywood imagines itself to be and what it really is?
The real India does not exist in 5-star hotels and air conditioned cars. We need to get out there and face reality. Do you know what middleclass office workers in Mumbai eat for lunch? Bananas! Because, they’re inexpensive and filling. They need to save money to educate their kids.

Anurag Kashyap refuses to board an Indigo…