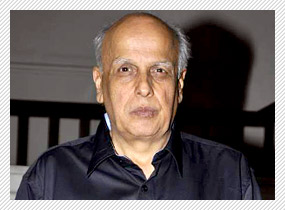 It was on my morning walk in the joggers' garden a few months ago that I met him. A warm, frail, dark skinned man greeted me shyly. He gave me the most radiant smile as he did so. As I paused to greet him back, slightly puzzled by this intimate stranger, he said by way of explanation, understanding my confusion, "I used to work as the projectionist in Minerva Cinema Hall in Lamington Road. I have screened so many of your films. Like Sadak, Dil Hai Ki Maanta Nahinâ€¦ I am out of job now. The old cinema halls are all closing down Sir. And multiplexes don't need our services. We have been replaced by computersâ€¦" he trailed off.


I suddenly felt transported to a long forgotten era, a galaxy which was far far awayâ€¦.


If we look back, many of us will remember that the most important person in the cinema halls in the old days was the projectionist. It was he who conjured up the magical images of cinema, from reels of uninteresting looking celluloid, which passed through the whirring wheels of the projector. The job of the projectionist required great skill and precision after all. If he did not change the reel seamlessly, to maintain the illusion of the continuity of the story, the whole film suffered as the audience was hurled out of the world of make believe. It was my guru, Raj Khosla who had told me to make sure that I gave 100 rupees each to the projectionists of Opera House, along with a bottle of whiskey, when his film Do Raaste went on to celebrate a golden jubilee there in the seventies. "All that we do is in his hands. If he does not maintain the volume when our best songs come, we are lost. So treat him well, he's very important," I remember him saying to me.


The cinema hall of those days was a hallowed temple where people thronged in huge numbers to clap and applaud their favorite stars, who were nothing less than Gods and Goddesses.


But alas, ever since man stepped into the digital age, and with the advent of digital projection, which in theory just requires someone to turn a machine ON, the all-important projectionist became redundant.


The projectionist looked towards a grove of trees on the beach. 'The power of picture and sound has also gone na. Now you can see movies on anything, and anywhereâ€¦ look at them,' he said, pointing to some boys who were watching some content on what looked like newly acquired smart phones. "That is why the standard of movies has also become very bad. Sorry Sir, but even you don't make those emotional movies like Saaransh, Arth and Daddy anymore, do you. You make a lot of money, butâ€¦"

Frankly I thought his last remark was a bit on the uncharitable side, considering the fact that even my worst detractors reluctantly conceded that with Aashiqui 2, the vintage Mahesh Bhatt brand (what they call the four handkerchief film) was back. Call it poetic justice if you like, because hardly had I walked for a few steps when I discovered that what those boys were actually watching was the chartbuster 'Tum Hi Ho' from Aashiqui 2. As I passed by they waved at me smilingly, and I said to myself, it was not for nothing that this film became the biggest hit of my career, and one of the biggest hits of 2013 if you consider the return on equity.

The morning walk had revealed the conflict which is playing out in the heart of the entertainment industry. The digital revolution, and the new technologies which are available to us today, have brought with them both threats and opportunities. They have made companies in the business a great deal richer, but also swept away the age old revenue models. The truth is that old companies always fear new technology. In the seventies, when TV arrived, cinema was hostile to TV, and when the VCR arrived, it was time for TV to feel threatened. Each new technology cannibalizes the sales of the older ones, yet whenever a new technology has come in, it has made more money for the industry. The multiplexes are a case in point. Such is life!


Ever since the moving pictures were invented a century ago, a new way of distributing entertainment to the consumer has emerged roughly once every generation. Each such innovation has changed the industry and the social landscape irreversibly.


My morning walk had revealed this to me beautifully through the aging projectionist and the young boys. In the same park were two vastly different eras, both equally relevant to the respective times that they belonged to. Just like the trees around me, where some were older and withering and others were fresh and new.

When I got back home I discovered that the book that I had ordered called THE DEATH OF CINEMA had arrived. This book, written by Paolo Cherchi Usai, who is a senior curator at the George Eastman House archive in the USA and a Director of film preservation, opened the floodgates of a deeper understanding of our business within me. Cherchi says that in 1999 the world had produced 1.5 billion hours of moving imagery. He predicts that 100 billion hours will be made in one year by 2025. That footage is so overwhelming that it is even incomprehensible to fathom how we will deal with this tsunami of images, and make our presence felt in the market. Perhaps the answer lies in what is written in the earth charter preamble.


'WE must realize that when basic needs have been met, human development is primarily about being more, not having more.'


A blockbuster designed to generate huge weekend numbers will not be enough. Our films will have to be much more than mere spectacles and candy for the eye. They will have to connect on a much deeper level with the fears and the longings of people. Rather than a lot of sound and fury, signifying nothing, perhaps simplicity is the key that will open the door to the future. It's not for nothing that one of the greatest scientists of all time, Albert Einstein, said that all human discourse eventually comes down to these three wordsâ€¦ 'Simplicity, simplicity, simplicity.'


Happy Diwali. May the light be with you.

Amitabh Bachchan apologises for not greeting…