1. Gurgaon: Director Shankar Raman’s Gurgaon gets it right immediately and ineradicably. This is a land of opportunity, and opportunism. There is a sense of immediacy and doom in the storytelling which coils themselves around the viewer from the first frame in such a persuasive manner that we are sucked into the tale although some of what happens here is done more for effect than out of an inner conviction. But the absence of credibility never comes in the way of the storytelling that achieves an unconditional littoral of pounding impact even when we see the bullet coming. Gurgaon reaches into the darkest interiors of its character’s yearnings and is not afraid to come up with unsavoury home-truths. Pankaj Tripathi, playing a Brando-esque business tycoon whose legitimate professional activities barely conceals his inner world of simmering murkiness, sets the pace for other actors to follow. Tripathi who has so far played only economically challenged desperados with a touch of humour and irony, plunges into his first truly dark role (from the Dhoti to the Dressing Gown, so to speak) with a vengeful intensity bringing to the patriarch’s part a Hamletian ambition guilt and destruction that never overwhelm the narrative. Tripathy’s Kehri Singh is a study in unscrupulous self-advancement. He doesn’t hesitate to brutally kill his brother. But is a doting fussing father to his foreign-returned daughter. 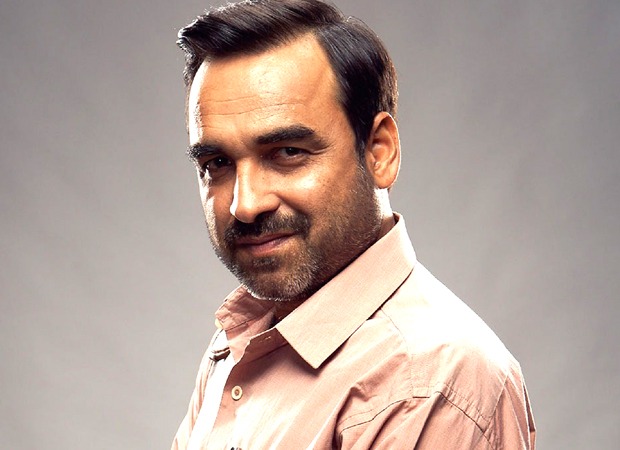 2. Newton: Pankaj Tripathi was the best thing to happen in this overrated film where Rajkummar Rao in the title role, paying his homage to an all-time great actress Nutan (that is the character’s real name) got most of the footage. Pankaj as the local government official impatient to get the election over it imbues his habitual brilliance to the plot. Adding to the flavour of unflinching realism is the authentic locations. The jungles virtually speak to us in every frame. Swapnil Sonawane’s cinematography denudes the magnificence of the location to focus on the drama of the mundane. Pankaj gives to his bored character a certain aura of world weariness that makes ennui interesting.

3. Kaagaz: If Kaagaz is watchable, it is only because of Pankaj Tripathi who seems to believe in his character’s bizarre struggle, even if we don’t. Seasoned actor that he is, Pankaj struggles to furnish the character’s weird predicament with a semblance of consistency. Kaagaz tells a very peculiar and poignant story of a man from Uttar Pradesh who spent 18 years of his life proving that he was alive. Unfortunately a bigger tragedy than the one that befalls Lal Bihari strikes this well-intended film on his life.

4. Gunjan Saxena: As played by the brilliant Pankaj Tripathi the titular wannabe flier’s father is progressive without trying to be .He trains his daughter into self-sufficient glory. But he also brings up the question of whether woman can make their dreams come true without any male assistance at all. Only Pankaj can pack all this into a character without crowding it.

5. Mimi: Pankaj’s comic timing is no surprise. Truly the chuckles when they are allowed to be are the life and breathe of Mimi. Bolstered by Pankaj Tripathi’s feisty performances the film succeeds in drawing us into its far-from-logical plot and keeping us engaged. This was Pankaj’s second film with Kriti Sanon. There is a sequence in Bareilly Ki Barfi where Tripathy, a diehard supporter of his daughter’s dumbed-down rebel act, laments that parents spend half their lives craving to see their daughters get married and then dread their going away. The sequence threatens to grow emotional. But is quickly taken off the tearful radar by Pankaj who can breathe life into a comatose sequence.

Also Read: “Yes I have started shooting for Oh My God 2” – Pankaj Tripathi