Model and Actress Gauahar Khan made her debut with Yash Raj Films's Rocket Singh: Salesman of the Year. She also gave power-packed performances in movies like Ishaqzaade, Badrinath Ki Dulhania, Begum Jaan, and Tandav. The actress who was currently shooting in Delhi for a film flew all the way back to Mumbai as it was her first Eid with husband Zaid Darbar after their wedding. She didn't want to leave a chance at spending a day together with her family and took a one-day break from her shooting schedule. GaZa as fans fondly call them tied the knot on 25th December 2020 and it will be their special day with close family members. 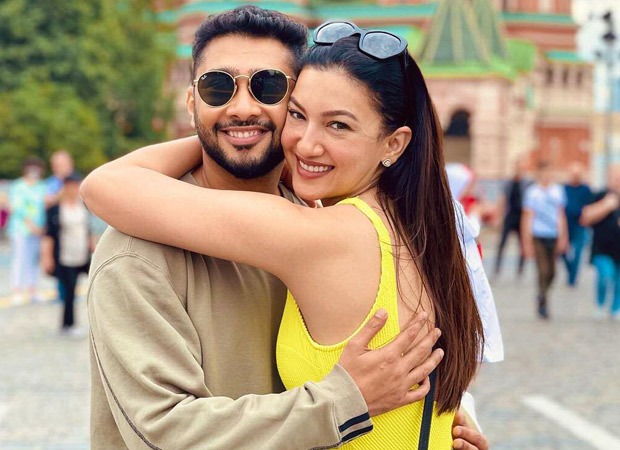 The 37-year-old actress had introduced her life partner Zaid Darbar to her mother on Eid last year and this festival after marriage makes it extra special for the duo. Gauahar says that her in-laws are open-minded and encourage her to work during festive seasons but she didn't want to avoid Eid with them for anything in the world. She also expressed her sadness over her father's demise and first Eid of hers without his presence.

Actress Gauahar Khan and social media influencer Zaid Darbar got married after dating each other for a brief time. The actress will next be seen in 14 Phere by Devanshu Singh starring Vikrant Massey and Kriti Kharbanda which will be released on 23rd July 2021.