Bigg Boss 15 contestant Shamita Shetty got a sweet surprise last week when finally her beau Raqesh entered the house, whom she was missing and kept requesting Bigg Boss to send him inside the house. The lovebirds of the Bigg Boss house got another surprise when the two were sent on a date night. 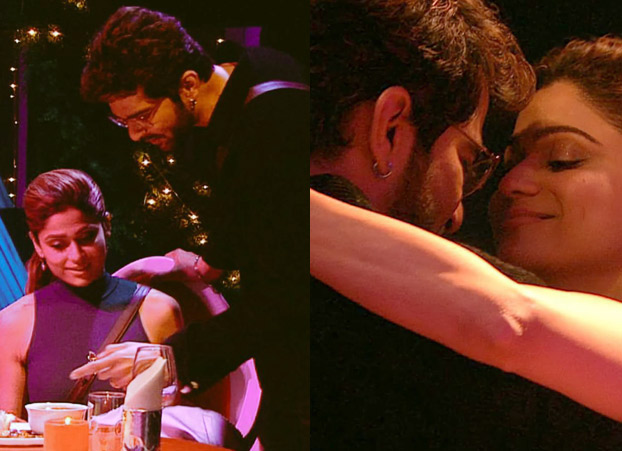 The pictures from their date are doing the rounds on social media where the couple seems to be enjoying the special date set up with good food. They even danced together. Shamita and Raqesh looked lost in each other's eyes. Bigg Boss decorated an area inside the house and lit it up with lights and a beautiful dinner table.

Both Raqesh and Shamita chose to wear casual clothes for their date. While Raqesh wore a black jacket, t-shirt and trousers, Shamita opted for a sleek grey dress and kept her look simple. The couple looked gorgeous together.

Shamita and Raqesh met during Bigg Boss OTT and they were each other's connection on the show. The duo developed a liking for each other and Shamita openly confessed her feelings for him. The duo had major fights and disagreements inside the house but they stayed together and decided to see how their relationship develops post the show. After the duo left the BB OTT house, they were often spotted together. Raqesh even visited Shamita's house.

After exiting the house, while Shamita entered Bigg Boss 15, Raqesh rooted for her from outside. The couple seems to be quite serious about each other and even Shamita's sister Shilpa and mother Sunanda Shetty are quite fond of Raqesh.

Also Read: Bigg Boss 15: Salman Khan points out Umar Riaz’s provocation towards Simba Nagpal, says, “Whatever you did was a reaction to his provocation”