Rakhi Sawant’s recent obsessions with Abhinav Shukla on Bigg Boss 14 is not hidden by the audiences or the housemates. She has confessed to wanting to get together with him if he ever decided to leave his wife Rubina Dilaik and had even made fun of her husband Ritesh for having a potbelly. While she has made some controversial statements in the house to get reprimanded by Salman Khan on the Weekend Ka Vaar Episodes, she revealed an extremely personal detail in yesterday’s episode. 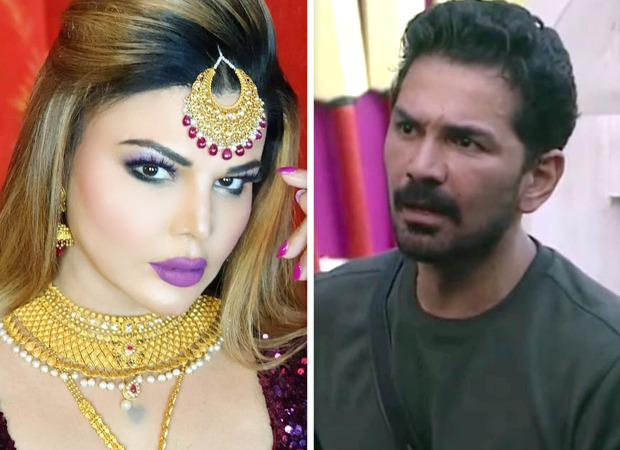 In yesterday’s episode, Rakhi yet again confessed her liking for Abhinav Shukla and said that she does not want him to break up with his wife Rubina Dilaik, but would want him to accompany her on outdoor shoots, take her on coffee dates and movie dates. She expressed to Sonali Phogat that after her breakup with her boyfriend Abhishek Awasthi, she has not been close to any man and her husband is not ready to accept her openly. She’s worried if he will accept the babies that they plan to have in the future. He will only give them their surname but won’t come to meet them, said an inconsolable Rakhi.

When Sonali asked her to give divorce to him and find someone better, she said that she will ask Abhinav Shukla, Rubina Dilaik, and their families if he can be the donor since she has frozen her eggs. She said that she will produce her babies without doing anything wrong and will go ahead with it if Abhinav makes the first move.

Also Read: The contestants of Bigg Boss 14 have their ration confiscated, including items like milk and coffee

Bhumi Pednekar takes a trip down the memory…