The ongoing season of Bigg Boss has completed over a hundred days and has seen several contestants walk in and out of the house during this period. However, with each passing day, things are getting more tense inside the house. 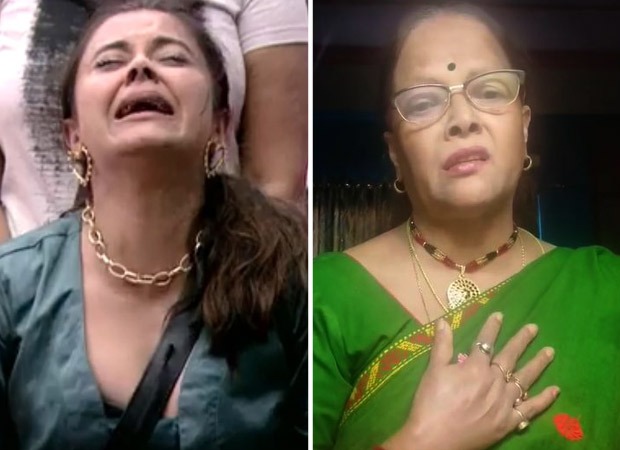 Now in the latest episode of the show, Devoleena Bhattacharjee, who is in the house as Eijaz Khan's replacement, has an emotional breakdown and loses control and is seen throwing things around the house. The reason for her sudden rage is allegedly the constant provocation by co-contestant Arshi Khan. Devoleena throws things around the house and a bunch of food items at Arshi. Many try to calm her down, but she instead ends up yelling at others as well.

Meanwhile, after the promos of this unexpected behaviour by Devoleena goes viral on social media, the actress' mother shared a message about the same. In a video posted on Devoleena''s official handle her mother Anima Bhattacharjee is heard saying that her daughter is a very cold-headed person, but it seems that Arshi provoked her. She also asks her to not get affected by people talking about her family and asks her to focus only on the game. The caption of the video read, “A mother's message for her daughter. A mother's pain watching her daughter breaking down. Stay strong, Devoleena. We all are with you... Keep your support and blessings.”

Devoleena loses her calm after Arshi makes a comment about her family. Devoleena also bursst out at Rubina Dilaik for taking Arshi's side and for not standing with the right. The actress refuses to calm down and demands an audience with Bigg Boss to vent out her frustration.

Meanwhile, earlier on the show Arshi had made a remark about Vikas Gupta's personal life leading to the latter pushing her into the pool. Back then Vikas was ousted from the show for his behaviour.