In the upcoming episode of Bigg Boss 14, Aly Goni will be seen having a verbal spat with Rakhi Sawant during which he will be taking a dig at the latter's marital status. Rakhi Sawant got married to businessman Ritesh in 2019 and their wedding pictures had gone viral. However, Ritesh has never come forward in the media or even in the BB house. 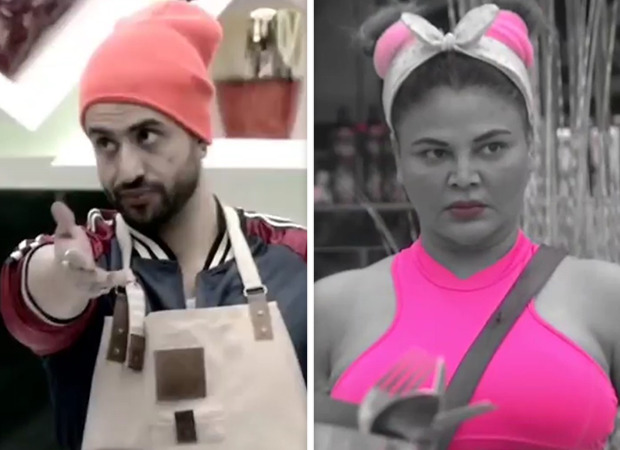 In the upcoming episode, Aly tella Rakhi, "Tera pati gayab hai”. Defending her marriage, Rakhi said that their love is real and does not need proof. Rakhi had earlier claimed that Ritesh does not meet her due to media hype around her.

Rakhi tells Aly that his love is fake and that people do not fall in love just by getting emotional. She also goes on to say that he uses people to get his work done inside the house.

Meanwhile, earlier there were reports that Rakhi Sawant’s husband would enter the house during Christmas. However, he backed out owing to professional commitments. He is yet to make an appearance on the show.

ALSO READ: Arshi Khan and Rakhi Sawant break into tears while packing Vikas Gupta’s bags prior to his exit from Bigg Boss 14