It looks like Bigg Boss 13 contestants, Sidharth Shukla and Shehnaaz Gill, are constantly drifting apart after their rift. Shehnaaz has tried to mend the bond quite a few times while Sidharth refused to budge from his decision of ignoring her. Even the ex-contestant, Shefali Bagga took to her Twitter to advise Shehnaaz to give him some space. 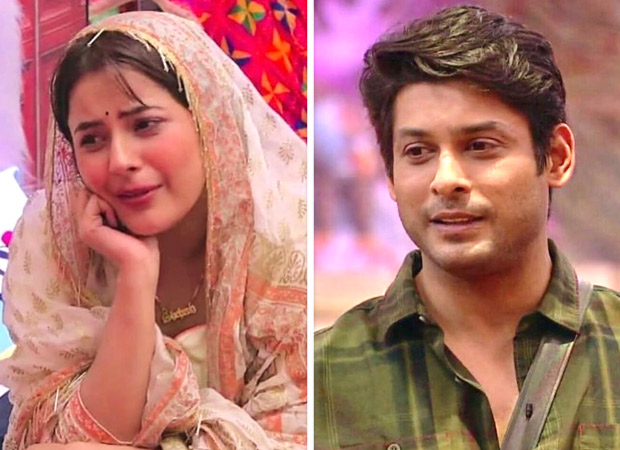 During the task yesterday, things between SidNaaz got worse and Shehnaaz called him fake. Sidharth paid no heed to her taunts and comments and said: “People come, people go”. Shehnaaz couldn’t take it and said that she will remove all her frustrations once she is out of the house and would like to meet Sidharth once to clear things out; however, Sidharth has refused to meet her and said that she can take her frustration out on whomsoever she wishes.

Her fellow contestants advised her to play her own game instead of focusing on Sidharth. Things are getting rough as the finale nears.