Filmmaker Karan Johar, who is reasonably active on social media, has posted a teaser video as he visited Ranveer Singh's game show, The Big Picture recently. He was accompanied by his BFF, Kajol. 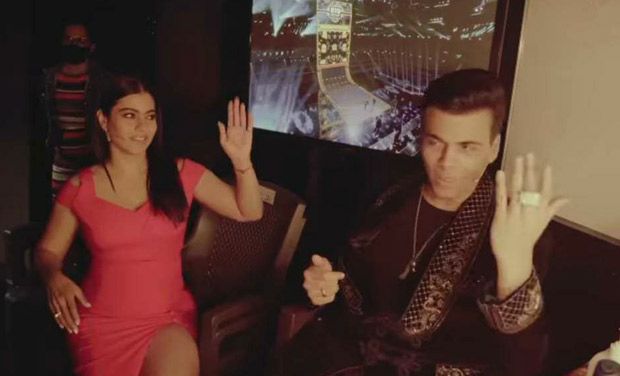 Karan gave a sneak peek of what fans can expect from the episode. In the teaser video, Karan and Kajol can be seen dancing to their song 'Bole Chudiyan' from the film Kabhi Khushi Kabhie Gham. Sharing the video on his handle, he wrote, "Keeping up with the K's here - me & the lovely @kajol, who had an absolute blast with @ranveersingh at #TheBigPicture. Definitely a lot of nostalgia coming your way, watch out for the episode!"

Shortly after Karan shared the video, Ranveer Singh dropped a comment on it. He wrote, "Haye haye re haye yeh ladka ..!"